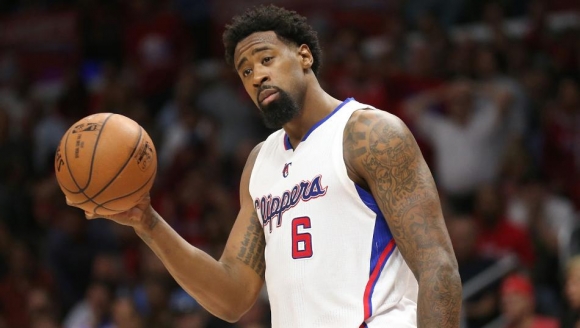 This is the question the Dallas Mavericks are asking themselves. After getting a verbal agreement with DeAndre Jordan, dude got cold feet and was whisked back to the Los Angeles Clippers.

Obviously, it's devastating for the Mavs, as they were expecting to have a new core to put around Dirk. Now, that plan goes up in smoke and Dallas is wondering what to do now.

This isn’t exactly new when it comes to verbal agreements during the free agency moratorium.

Yes, Turkoglu was coveted at one point:

That said, these kinds of events occur, just not very often. Not only does this affect Dallas, but it also presents a veritable plethora of new questions.

Let’s lay it out:

While there are plenty of ethical questions on Jordan’s part that could be asked, this whole situation just added another wrinkle to an already crazy free agency. It just goes to show how teams need to be prepared for every outcome. Players don’t usually back out of their verbal agreements, but for better or worse, the moratorium gives them the time to think through their decisions.

Furthermore, an interesting sub-plot is that the Mavericks have been the victim of this before. Dallas was sure they had a verbal agreement with Jason Kidd to return, but instead he decided to go to New York. To say it's a sore spot for the club and Mark Cuban would be an understatement.

Needless to say, Cuban probably had the tantrum of the century. Wouldn’t you? Not only did a player change his mind, but it was DeAndre.

Ouch. He won’t be catching those alley-oops in Dallas now.

Fans can agree or disagree with Jordan’s decision and/or how they all holed up in Jordan’s home; a soap opera at its finest. But, this event shows that free agency is never over until it’s over. Teams and players can get wacky ideas and swing for the fences or make a decision that alters the course of several franchises.

So we've seen scenarios like this before and likely will again. Some have just been produced better than others.