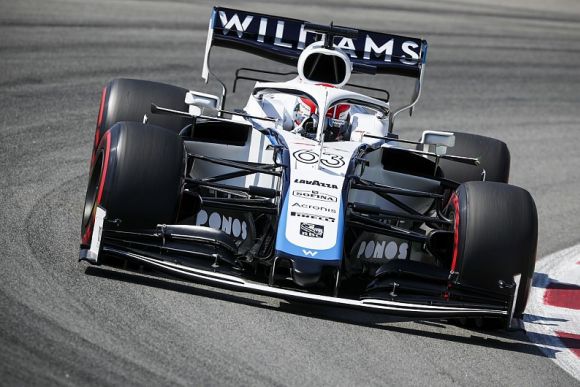 Long ago, in an empty Oxfordshire carpet warehouse not all that far away from Silverstone ...

That's back when men were men and turbos were pipe dreams.

It's what drew him to form his fondness to racing back in 1966, when a sooty-faced James Garner could run opponents off the road in Monaco.

1977 was right about at the tail-end of those time, when Williams and Herd struck out on their own to form a one-car Formula 1 team. They more than held their own, earning both the drivers and constructors championships in 1980.

That was the start of a three-season run that notched another constructor's title for Williams and a driver's crown for Keke Rosberg.

Williams did accumulate nine constructors championships overall, but the last one was in 1997.

The writing was on the wall, though, when Ferrari and Renault rolled out their F1 turbo versions that generated 180hp more than Williams' aspirated Cosworths could, his lower-tech response was the infamous six-wheeled FW08D.

The good news: The car set and still holds the speed record at Goodwood's iconic track.

The bad news: It was DOA as far as the FIA was concerned and never hit the circuit:

This essentially sealed Williams' fate. The team never really caught up with the tech and for all intents and purposes was a field entry from that day forward.

If change in fortune was ever gonna happen, a drastic move was inevitable:

Dorilton Capital has a backroom connection to the sport -- former racing driver and almost-royal James Matthews -- and clearly took note that Formula 1 is moving to cost-control measures in 2021.

Ironically, that's what drove Sir Frank, his family, and Sir Patrick outta the sport, but they'll console themselves quite nicely with the $200million purchase price in their collective wallet.

And watch a bigger-money player take his namesake for a spin every other week.