What Happens If the Formula 1 Championship Is a Tie? 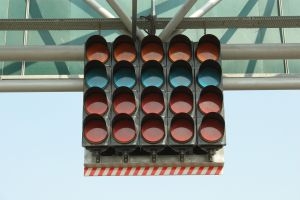 There are a few select names on motorsport fans' lips at the moment.

Lewis Hamilton, Sebastian Vettel, Mark Webber, Kimi Raikkonen, and there’s a smell of burning rubber in the air, too. Which can only mean one thing. Yes, that’s right, its Formula 1 season again.

So far, 2013 is proving to be hot year for Formula 1 as it saturates our news feeds with stories of Lewis Hamilton's pit stop blunder in the Malaysian Grand Prix leg of the championship and Sebastian Vettel's controversial overtaking of his teammate Mark Webber, despite Red Bull’s orders to stick to the race strategy and hold back.

Points are awarded during a F1 championship based on the finishing position for that particular race. The points structure changed back in 2010, and strategies for team positioning are a common occurrence in Formula 1. This is due to the way that the points are awarded for each Grand Prix. Points awarded count towards two different championship awards. The 'drivers championships' where each driver is recognised for the amount of points they scored individually, and also the 'constructors championship,' where the drivers from each team's points are tallied and combined to give a final score for the team as a whole.

Finishing positions for each leg of the championship are awarded points on a sliding scale as detailed below:

When entering the final race of the 2010 Formula 1 championship, Fernando Alonso had 246 points, Mark Webber had 238 points, and Sebastian Vettel had 231 points. Incredibly, it was possible that all three of these F1 drivers could have tied after the last grand prix in Abu Dhabi.

Written by Hayley Reeve on behalf of Service 4 Service - Offering an approved Mercedes Service in Brighton, and across the whole of the UK.