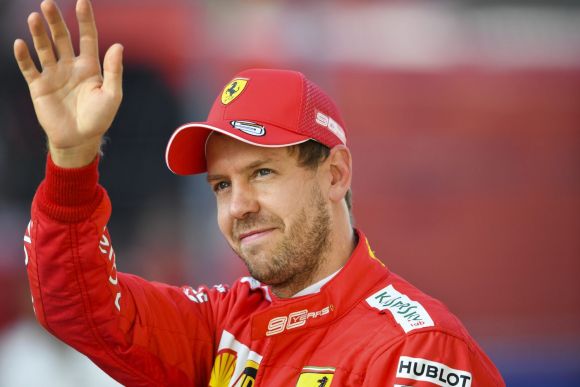 It's rarely a good thing when a Formula 1 racer has to hit reverse.

Depending on one's perspective, that's what happened to Sebastian Vettel after previously contending that his contract extension conversations with Ferrari went from being optimistic to no longer having a common desire about staying together.

That damn near sounds like how a celebrity divorce is announced, kinda warm-&-fuzzy when that's hardly the case at all.

The 32-year-old German's heyday was 2010-2013 when he won four straight world championships with Red Bull before signing on with Ferrari, easily the most prestigious name on the circuit.

The issue, though, is Vettel looks to have been heydayed out.

Lewis Hamilton and Mercedes have had much to say about this, of course: Ferrari may lead F1 for most drivers' championships with 15, but the last one happened in 2007. Since then, Red Bull has joined Mercedes in taking the honors.

And of course, Vettel was flying high for Red Bull.

Splits like this usually come down to money, but that's not the case here. As soon as Ferrari announced a deal with Charles Leclerc that'll stretch through 2024, Vettel realized he was no longer the team's No 1 driver.

After the announcement came down, Leclerc immediately went into diplomat mode:

That would include their collision in Brazil last year.

The moment the race turned on its head 🤯#BrazilGP 🇧🇷 #F1 pic.twitter.com/Y77NrJMJ0g

Vettel understandably didn't take it very teammate-like at the time, as in:

It produced a double DNF that helped Red Bull’s Max Verstappen take third place in the drivers’ standings, with Leclerc finishing fourth ahead of Vettel.

That was preceded by an incident in the Russian Grand Prix when Ferrari ordered Vettel to let Leclerc pass during the race's early stages. Didn't happen.

It could well be Vettel's painted himself into a corner.

Unless something drastic happens -- like the German taking a bitta advice from the Ramones -- retirement could be his most realistic option right now.