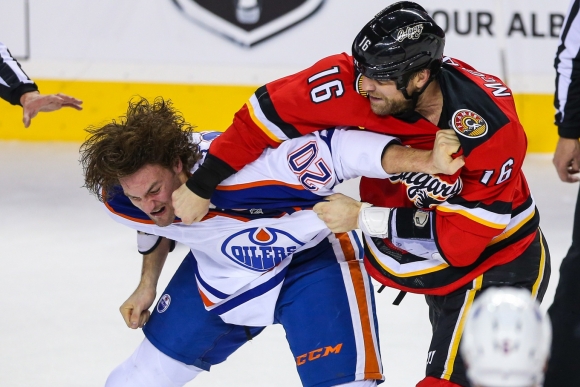 I woke up with a pounding headache today.

The NHL would report that as an upper body injury, with no further information available.

Never fear, though. Your favorite Shot Dude will persevere and still bring a bevy of ideas for your fantasy lineup.

There are six NHL games to consider today, which you can see by using the Bovada data tool on our Home page: Our friends at FanDuel love it when you visit. I'll even include their prices to give you a leg up.

Patrick Marleau, San José ($7200) ... centers the Sharks' second line and is a part of the top power play unit. Dude's scored 13 goals on 83 shots through 31 games. He's added 12 assists and routinely finds himself on San José's score sheet. Marleau has now scored at least a point in seven of his last 10 games. I think he does it again tonight against Ottawa's generous defense, which has given up 92 goals in 32 contests.

Blake Wheeler, Winnipeg ($7000) ... like Marleau, has been quite a consistent scorer for his team. Dude comes into tonight's game having produced a point in eight of his last 10. Wheeler's 86 shots rank second on the Jets and have led to 10 goals. His 29 total points currently rank among the NHL's Top 20. The winded Rangers visit to play their third game in four nights tonight in Winnipeg.

TJ Oshie, Washington ($5900) ... like Wheeler, is second on his team in shots with 79 in 30 games. Dude has also lit the lamp 10 times and added 7 assists while averaging over 19 minutes a game. It's hard to afford the hefty price of Alex Ovechkin in your lineup, but including Oshie gets you exposure to him as they share both the top scoring and power play lines. The Capitals get to skate home ice against Tampa Bay and the NHL's seventh worst penalty kill at 78.1%

Aaron Ekblad, Florida ($5700) ... has now posted a positive FanDuel score in 9 of his last 10 games. It's not only hard to believe Ekblad -- Swedish for oak leaves -- is still a teenager, but also that he leads the Panthers in shots with 84 through 32 games. Dude gets almost 21 minutes of ice time per game. Florida enters tonight having won seven of 10 and has a decent road mark of 9-6-2. Their opponent-- Carolina-- has allowed the fifth-highest total of goals with 95 in 31 games.

Colin Miller, Boston ($3500) ... is a value player who just might help you afford one of the five top-tier offensive players. Not a high-volume shooter, Miller still does enough in other categories to help your fantasy score. Dude's  tallied 11 points, with four of those coming on the power play. He also has 28 penalty minutes in 24 games. Boston takes on a vulnerable Pittsburgh team that is injury-riddled, including their sidelined top defenseman and goaltender.

Jimmy Howard, Detroit ($8300) ... has been tough in net lately, with four wins in his last six games. He racked up 172 saves in that span and gets to defend home ice against Vancouver. This is a great matchup for Howard; he not only owns a .922 save percentage at home, but Vancouver also comes with losses in eight of their last ten games. This will also be an exhausting third road game in four nights for  the Canucks. Your favorite Shot Dude hopes you stay off the injury list and get your share of the fantasy pot of cash tonight.

Be safe out there and always give it your best shot!