The Pace is On 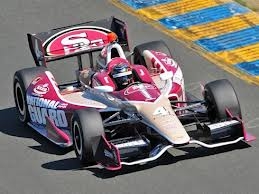 Jim Harbaugh is familiar with being in the driver's seat, as a lifelong quarterback and coach. Now he's He’s about to find out what it’s like to be in the literal driver's seat as a point man for one of the most prestigious car races in the world.
On Sunday, 49ers coach Harbaugh will be behind the wheel of the all-new 2014 Chevrolet Corvette Stingray ceremonial pace car for the Indianapolis 500.
Harbaugh is a professed lifelong racing fan and finds it a privilege to drive. He's no rookie to the field,either,. He's a co-owner of Indianapolis-based Panther Racing. Harbaugh has two cars competing in the Indy 500: the No 4 car driven by JR Hildebrand and the No 60 Sunco driven by Townsend Bell.
It's obviously been a big year for the Harbaugh family, and it seems to be getting better by the minute. The Super Bowl featured the Harbaugh brothers, Jim and John. Now the latter gets a chance to play a part in one of motor racing’s greatest spectacles.
Watch the saga continue as The 2013 Indianapolis 500 starts at noon edt Sun 26 May and will be televised live on ABC. 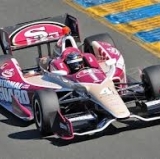 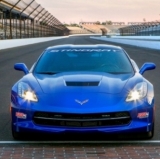