Sprint Cup Regulars in Nationwide: Fair or How Dare? 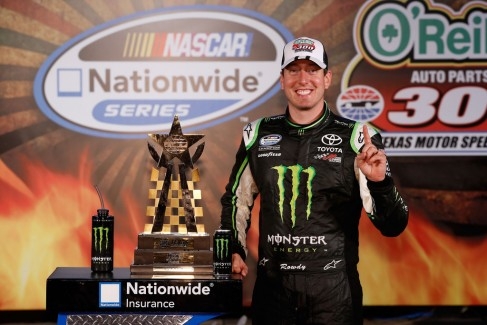 Should full-time Sprint Cup Series drivers be allowed to compete in the Nationwide Series at their discretion?

As an analogy, let's say MLB players could unilaterally decide to compete in AAA games.

There are only two differences in this comparison:

Still, it does look ridiculous, doesn't it?

Getting back to the controversy, this is a relatively new topic of interest in a practice that became popular within the last decade or so. The idea is that running the NNS race will give a driver more practice time for the Sprint Cup race the following day. This can be clearly seen as an unfair advantage towards NSCS drivers not participating in the NNS race.

Another problem is that Nationwide Series regulars feel that more experienced and/or talented drivers shouldn't be interfering with their own separate series. I think this is where racing simulators should come into play more. Personally, I wouldn't mind if NASCAR decided to ban NSCS drivers from NNS altogether.

The fun is taken out of races when a certain Cup driver -- most recently Kyle Busch -- dominates virtually all of the NNS races that he enters. This dilemma is also seen in the Camping World truck series.

One notable change Nascar implemented is the requirement for drivers to decide in which series they will compete for the championship. This was done to dissuade drivers of higher series from competing in lower-ranked ones regularly, eg- NSCS down to NNS.

My hope is that Nascar officials will try and make some additional changes towards this issue. Right now, they're blocking their flow of future talent to their premier showcase. That's incredibly short-sighted.