Should Tony Stewart Be Accused of Manslaughter? 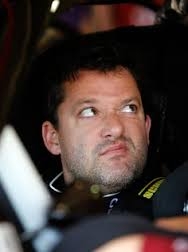 Mortality in racing is an occupational hazard, to put it mildly, but it it's still a shock when fatal incidents happen.

So it was after the accident involving Tony Stewart in Rochester, New York. The only driver to ever win championships in both the NASCAR and Indy car circuits, Stewart was racing Sprint cars on a dirt track when he struck and killed fellow driver Kevin Ward in what can also be understated as an ill-judged set of circumstances.

Ward was incensed about a collision with Stewart a lap earlier that drove him into the wall. Incredibly, the 20-year-old climbed out of his wreckage to confront Stewart and strode further onto the track to do so. According to some who were there, Stewart allegedly revved up his engine, fishtailed his car, and hit Ward.

Stewart is a known hothead, and it appears Ward's emotions were at there forefront, too. Were these two so calloused to the speed of racing them that they simply ignored it?

Here's how Bob Pockrass of The Sporting News had a witness describe the incident to him:

Was Stewart trying to teach the kid a lesson and it got out of hand. If any of this is true, should Tony Stewart be convicted of manslaughter?

The cops are all over it, but so far, they don't seem to believe there's enough evidence to pursue that route.

Are there behavioral traces in those and other incidents that came to the fore last night?

Police said that Stewart was devastated by the whole thing, but if he was that devastated why would he even consider racing today?

The real question in all of this is, although he may never admit it for legal reasons and Ward was out of his mind to even be out on the track like that, but does Stewart himself realize that his temper may have finally taken him too far?

Only he truly knows what happened, and if it was sinister, living in the knowledge that a 20-year-old kid is dead because of it will be a punishment in itself.