Result from the Roval 400: Everyone Lived 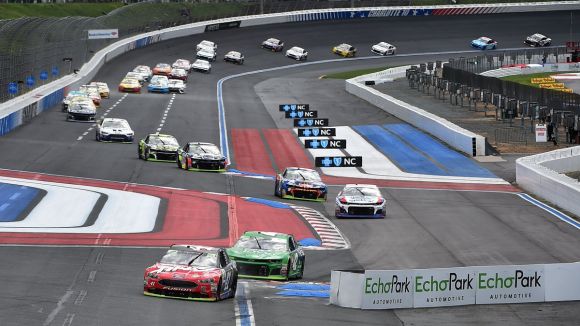 NASCAR wanted a bitta hype for their Chase for the Cup playoffs this season, and damned if they didn't get it.

All they needed was for the Charlotte Motor Speedway to go hybrid.

Full marks for their trying something new, and it seemed like their devising a racetrack that's a cross between your basic vanilla speedway and a road course.

It'd been in the works for a minute, and now, officially, as of this weekend ...

And we also discovered via the Bank of America Roval 400 that it's also part demolition derby.

A quick look at the layout of this road course + oval = roval make it obvious to see why: If this event wasn't gonna be sponsored by a bank, the next most logical option would be a body shop.

Here's Christopher Bell of Joe Gibbs Racing serving as a 360º tour guide back in January 2018:

Kinda looks like fun when you're the only ride on the track.

Add a few other moving vehicles, though, and fun is where you find it.

When all was said and done, Ryan Blaney emerged victorious:

Amid the carnage were the Chase hopes of Jimmie Johnson, obviously.

Among the seven drivers eliminated here were:

Another crash into the tire barrier, this time all four wheels are off the ground! 😳

It's a ROVALition derby in the practice sessions so far this weekend. This time it's Erik Jones. #NASCARPlayoffs pic.twitter.com/nqPbW9GZy7

The four Chase favorites -- Martin Truex Jr, Kyle Busch, Kevin Harvick, and Brad Keselowski came through relatively unscathed and continue to have their sights set on the Homestead-Miami Speedway in November.

No doubt they'll all be thankful there won't be any right turns between now and then. 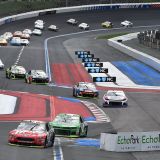 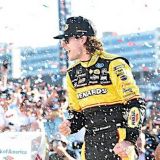