Räikkönen's the Shock Winner at an Exhilirating US Grand Prix 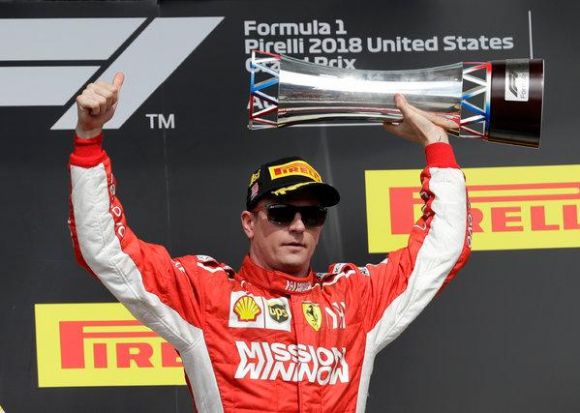 Where's this been for the past five years?

Kimi Räikkönen's nickname is the Iceman for his stoic Scandinavian demeanor, and dude's had to be all of that in recent times.

Before this weekend, the last time he took a checkered flag was in Melbourne back in 2013. That was his 19th win since his first in 2003, and a seeming trickler from his salad days.

Those were 2005 and 2007, when the Finn won seven and six races, respectively. Shortly after, the well ran dry.

So his performance at Austin's Circuit of the Americas -- jumping out early and hanging on hard to win the US Grand Prix -- seemingly came outta nowhere.

It was all about tire selection and pit-stop strategy -- not to mention a spinout or two -- on a track Lewis Hamilton's damn near owned for five of the last seven years:

Räikkönen won the 2007 Formula 1 championship by a single, hotly-contested point, so the razor-thin finish in this one was just another day in the yard for him.

This was also a satisfying way for him to leave Ferrari. The team had already tapped his shoulder and said he'd be making way for up-&-comer Charles Leclerc.

Thus, dude make a knee-jerk decision and signed a two-year deal with Sauber, where his F1 career began.

Hamilton, meanwhile, continues his pursuit of the inevitable.

Dude needs only to finish seventh or better to claim the driver's title. Only Sebastian Vettel can catch him, and he'd need to win all three remaining races to do so.

For the moment, though, the spotlight's on Räikkönen, spraying champagne on a dudette-free podium.

He's got his memories, and albeit with limited-resources Sauber, he's not ready to rest on those laurels yet.