No, Ryan Briscoe's Car Was Not Named Brad 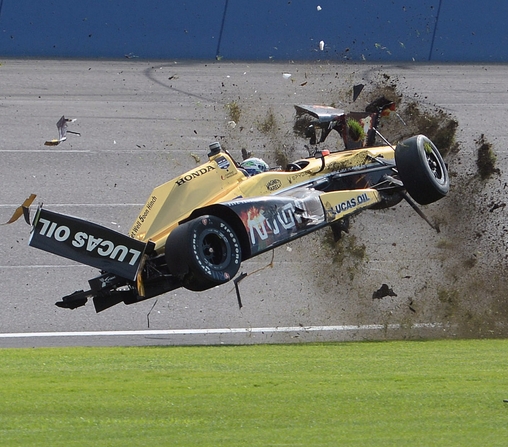 So there he was, runnin' with the pack.

One lap to go in the MA TV 500, and a decent paycheck would be coming his way.

Instead, one of the other IndyCars came his way.

And the ride of a lifetime will, fortunately, last for a longer lifetime:

Why is it not a surprise that Juan Pablo Montoya was a part of this?

Obviously, Briscoe's flip was a tough one for the missus to watch:

Feel free to name a time when pack racing is cool. They aren't exactly behaving the Blue Angels out there.

To these dudes, though, it was just another day at the office:

And so it goes. Another day and still in one piece.