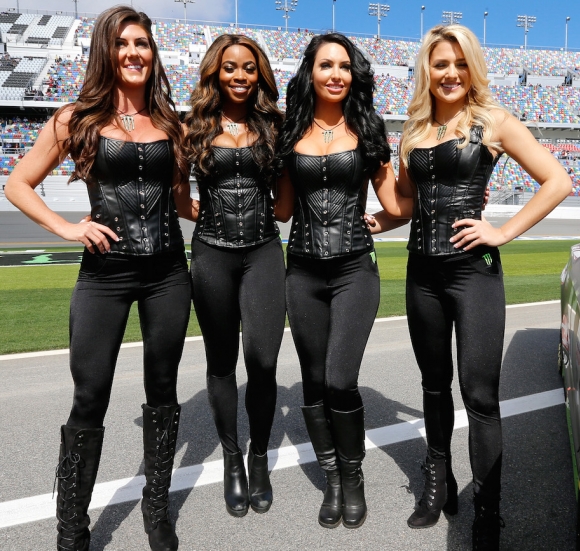 The Monster Energy girls have created quite the scene in NASCAR recently.

It appears there's a vocal minority of fans who are objecting to the outfits worn by these hardworking dudettes.

Apparently, this conservative wing of racing fandom is choosing to ignore the long, storied relationship between NASCAR and scantily clad women.

So what's the problem, exactly?

If anyone has an issue with that, then they can take it up with America.

Clearly, Monster Energy is doing what they always do, and their marketing plan has always included attractive women in suggestive attire.

Are they not allowed to make the money?

Here are a few samples from the easily offended.

Somehow, these particular outfits have crossed some imaginary line of etiquette.

However, the riding crop is optional.

Despite all of this madness, there is still at least one voice of reason in the wilderness.