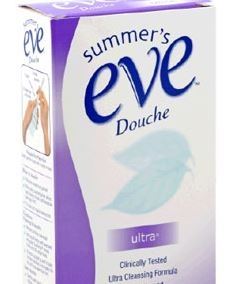 Martinsville Speedway has always been known for its short track, no-give turns, and rubs that trade paint. Last Sunday’s Auto Club 400 was no different than any other Martinsville race. It consisted of hard braking on low angle turns and clip crunching blocks that, to say the least, didn’t end well.

Blocking is a natural part of the NASCAR sport. You either hold up another racer for a teammate, or you’re protecting your position on the track. On the larger tracks where going three wide and banking into nice steep curves, this isn’t an issue, and late in races, is pivotal for each racer's outcome.

But when Joey Logano is in front of you, beware.

The restart on the Auto Club 400 was sensational. An all-out blitz of horsepower bottlenecked into that tiny track barely over half a mile long.  Logano, who has previously berated other drivers for late blocks and not giving him the right to pass, was oddly on the other end of the spectrum after the restart.

Logano had spun out on the restart according to Tony Stewart. As a result, Hamlin had a run on the No 22 car on the outside going into turn four. Logano felt he was pushed into the bottom and drifted up the track for a block.

The result sent Hamlin spinning down track into the concrete wall. The crash gave the driver a compressed fracture in the L1 disc of his spine. He’s expected to miss the next 5-6 weeks.

After the race, Tony Stewart had some choice words for the young racer Logano. The truth is that Logano has had a history of driving racers down on blocks and altercations in the pits. His comments after the wreck weren’t very pleasant, either.

He sounds like a spoiled brat who was handed a toy and didn’t want to share. He blames Hamlin for the wreck, not his untimed block on a racer who was already ahead of him.

I don’t know, I’m just a fan looking from the outside in. But I think “Summer’s Eve” douche products should look to sponsor this guy.  And I can't wait to see what happens Sunday when Stewart has a chance to back up his words.