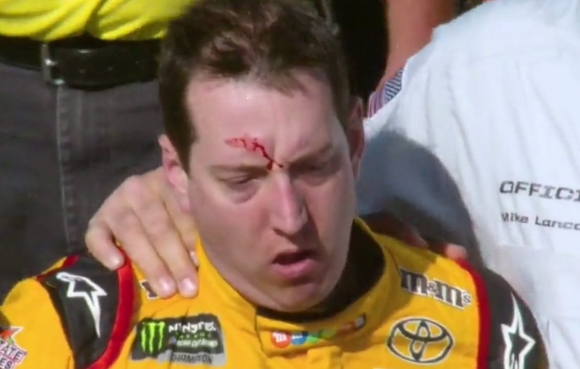 The land of Twitter is an exciting place these days.

Professional athletes are using it more and more, with varying degrees of success and entertainment value.

The platform is frequently used for trolling and then for the taking down of said trolls.

This is what Kyle Busch used it for recently.

Some misinformed troll decided to lash out at Busch, presumably in an effort to feel better about his own life.

Yes, that was an angry, NASCAR style mic drop from Busch after failing to end his winless streak back in late May.

Here is the full presser, albeit brief.

That is one pissed off M&M.

Some weren't fond of Busch's post-race antics at the time:

Once Busch spotted that recent tweet though, he had to get involved.

While it's not the most clever use of language, he does get his message across with the blunt and effective loser hashtag.

Also, addressing the troll as simply troll is quite amusing.

Anyway, one of these days Ricky Bobby is going to win another race.