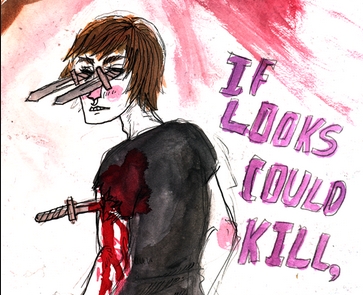 Apparently unaware that humor is sometimes directed at award recipients, Danica Patrick decided to put on a sad face at the Sprint Cup banquet when confronted with some completely benign levity.

Host Jay Mohr had the unmitigated gall to suggest that Danica may not be comfortable sitting at a table near the stage because she is not accustomed to being up front.

This was a light-hearted reference to her driving prowess. You know, a joke.

However, Danica didn’t appear to take it as such, instead choosing to interpret this banter as a personal affront on her and her boyfriend Ricky Stenhouse Jr, who was sitting with her and was also the recipient of some verbal daggers.

But she was having none of it, her delicate sensibilities crushed under the weight of this public flogging.

As you saw, after receiving some sort of fan’s voice award, Danica made a reference to Mohr not being a fan of her work. Afterwards Mohr was yet again compelled to offer up a seemingly genuine mea culpa, explaining that he is a huge fan of NASCAR and specifically Patrick herself. Sadly, he was also forced to attempt and explain the mechanics of a comedy roast to the apparently oblivious crowd.

I suppose there's good reason for Patrick to be somewhat sensitive to these types of jokes, being part of such a male-dominated field. But she must realize how silly it makes her look to become so completely bent out of shape over something so mild. The inability to make light of yourself or acknowledge your limitations is not the most attractive quality in a person. I can understand if the jokes were directed at her gender, but they were simply about her driving ability. These were jokes that could have been, and were, directed at other drivers that very same evening.

Patrick has without question altered the landscape of professional racing and changed the perception of gender roles worldwide. She has also become quite a force of nature in the world of marketing and pop culture.

But let's just try and turn that frown upside down. 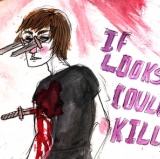 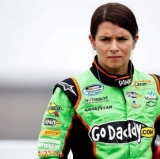