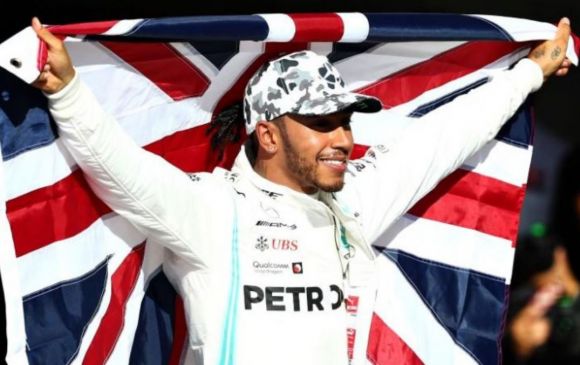 In the online marketing world, there's a useful strain of software that puts AI to use as a wordsmithing workhorse.

This automation genre is known as article spinners. They take a set of sentences, toss them into a sorta word salad, and produce a series of variations that more or less say the same thing.

Their purpose is to make search engine spiders believe they're all original articles.

They kinda look like this when they're doing their work: For just under the last decade, those bots woulda come in handy for anyone covering a Formula 1 season.

Add some filler, and you'll have six years of Hamilton F1 titles covered. All Hamilton did today at the USA Grand Prix was finish second, and his sixth championship was in the bag.

Full marks to Hamilton, of course, but in the bigger scheme of things, it's getting rather old.

Other sports have a similar situation where any realistic opportunity to win a championship is limited to a few who have the revenue generation to support it and the willingness to spend it.

Reading the tea leaves -- ie- being concerned about a slide in popularity -- Formula 1 has decided to tighten up the teams' freewheeling practices.

They're presenting it in a slick-as-oil brand new dawn sorta way, too:

Damn, it's enough to tear up the 2020 calendar altogether.

Imagine the possibilities if their PR crew took on the day's other pressing issues ...

Anyway, that's what on the horizon.

What's in the books is the USA Grand Prix in Austin, where Valtteri Bottas had to win from pole -- and he did -- while hoping Hamilton finished outside the top eight.

The Englishman's done well at the Circuit of the Americas, so that part was a pipe dream. Dude finished second.

Anticipating more racing excitement, Formula 1 is also adding two more races to is itinerary in 2021, in Vietnam and Miami, if the city can figure out a suitable arrangement.

The OGs in charge actually got constructors like Mercedes, Red Bull, and Ferrari to make two huge concessions:

It might even be enough for writers to ditch the article spinners and racing fans to actually see more drivers put a bitta pressure on Hamilton.