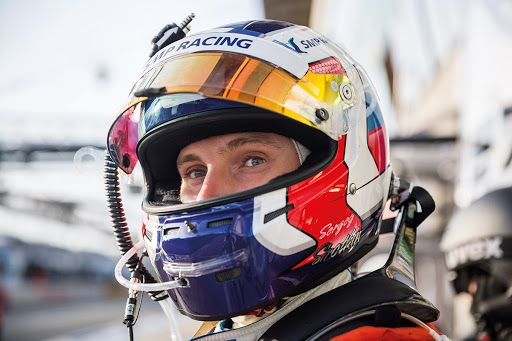 Admittedly, it took this crew a while to realize that pandemic meant you, too, dudes.

The Australian Grand Prix went from no chance it'll be called off to cancelled hours before the race in the time it'd take to make 129,000 pit stops.

That'll happen when someone on the McLaren team tested positive for Covid-19 and got the results just before showtime.

Suddenly, lotsa drivers realized that this virus could just possibly travel faster than they could.

It started to dawn on Formula 1 that they're gonna have lotsa time on their hands in the immediate future.

Being real, it doesn't matter what Formula 1's motives are. Dudes saw an opportunity to play into their strong suit, and they went for it.

Coping with the Covid-19 pandemic has raised a number of extreme challenges, like medical ventilators:

What are Formula 1 teams if not constantly up for a challenge?

They've announced their intentions to put a dent in the lack of ventilators.

Dudes have state-of-the-art gear, so if anyone outside the medical profession has a shot at success, they're prime candidates.

That pandemic's gonna get shortened in no time.

Drivers have a ventilation system built into their protective gear and hoses that blow air on the seat and at their feet. Some racing helmets even have an attachment where the hose can be plugged-in so drivers can receive fresh air from outside the car to go in his helmet after a carbon dioxide filter removes exhaust fumes and other noxious stuff.

The construction process is precise, too. Motorsports understandably have great respect for preparing to handle life-&-death situations.

These seven teams are already working with University College London, where many of their members matriculated as engineers:

In embattled Italy, the Agnelli family -- owners of Ferrari and Fiat -- took a direct approach, donating €10million to the government effort as well as buying 150 ventilators.

Rapid prototyping and high-end manufacturing are ways of life in Formula 1. If ever those skills were needed, it's now.

Their goal is not to invent a new ventilator system, but to improve the current technology and assembly process so it can be scaled it up to meet the crushing demand.

If they can do it, maybe the entire globe can get a checkered flag sooner than predicted.