Formula 1 Goes PC and Gets Scorched for It 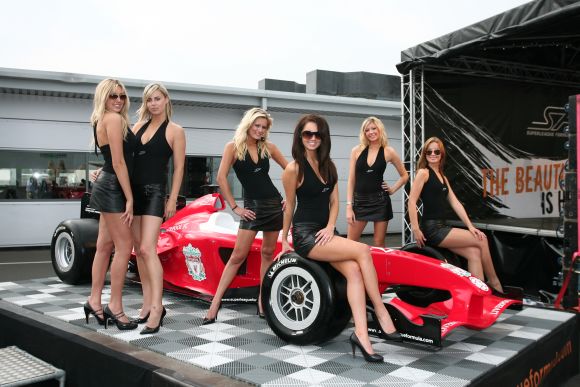 Sometimes, it's just hard enough knowing what the right thing is.

There the Formula 1 suits were, taking note of #MeToo and related issues, and wondering if it was time for them to take action.

And with that, their long-revered Grid Girls went the way of the dodo bird.

Frank Warren's comment in that clip is the counter-argument, though.

He's not about to put a few girls outta work.

That position seems to have hella support, especially from the girls involved.

Women complaining about feminism are losing women their jobs. good job ladies. It’s 22 races. Around 100 women from each race. Let’s round it up to 2000 grid girls across the world won’t be getting paid now (all for helping women) how? #gridgirls

Does one role make me a feminist and one not? The world has gone PC mad Lycra does not define the girl 🙄🤷🏼‍♀️ #gridgirls pic.twitter.com/h0hy2inqfZ

"Scantily clad furniture", "sexualising women", "provocative", "Id never let my daughter wear a grid girl outfit"... just some of today's comments, yet people clearly haven't dont their research as these are my outfits from my 5 years in F1 #gridgirl #gridgirls pic.twitter.com/etbcCPnCC1

Spoke to the boss of a British racing team and got his thoughts on grid girls in motorsport #gridgirls #BTCC #F1 pic.twitter.com/fcUJU98rLz

Sure, there are some who both like and profit handsomely from the so-called glamor scene ...

I am more than a little upset about the decision to stop F1 Grid girls.. Here are some memories during my time as a Grid girl in Monaco Monte-Carlo that I will cherish forever 💕🏁 #f1 #GridGirls #walkongirls #RingGirls #formula1 pic.twitter.com/THZ2B8RW3C

But what's the difference between those girls and self-employed Instagram models?

They're all doing better than NFL cheerleaders, too.

They're in situations where they have choice, oversight, and control. Kinda like the Grid Girls.

Obviously, exploitation exists out there, but if harassment happens at a race track, they've now got avenues of recourse like never before with no social stigma.

Formula 1 isn't backing down despite the blowback.

Meanwhile, some of the girls are slipping into other roles to stay involved:

Alot of people asking my view on the grid girl ban situation , well check out my page for my view https://t.co/F9CC1g23EI pic.twitter.com/6RRznAXBGE

And lots of it.