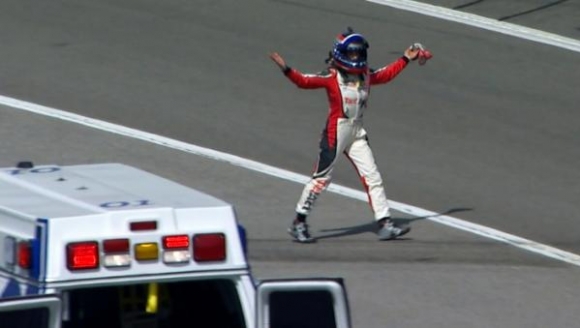 Hypocrisy can be found pretty much everywhere.

However, there does seem to be an overabundance in professional sports.

The popular bobblehead recently questioned the seemingly random nature of the NASCAR system of accessing fines to drivers.

Specifically, Patrick recalled an incident last year involving herself and one Kasey Kahne that occurred at something called the Auto Club 400.

The 35-year old Patrick was fined a cool $20K for approaching Kahne after he drove her into a wall.

Dude was under caution at the time.

Patrick referenced a scene recently involving Austin Dillon, who deliberately ran Cole Custer into a wall while he was under caution.

Now for the hypocrisy.

NASCAR appears to arbitrarily dole out these fines, as there have been incidents far worse since then that have gone

In this case, apologies were requested, but no fines levied.

In the future, if Patrick is going to get fined anyway, she should really make a scene.