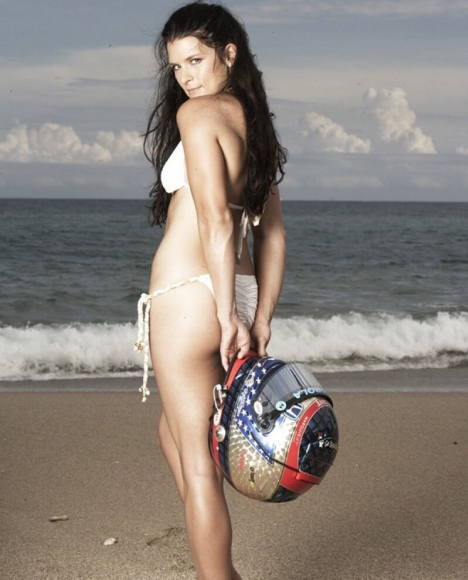 The mechanisms of NASCAR sponsorship are quite involved.

Drivers have a primary sponsor but can also have numerous secondary deals set up with companies who will sponsor a predetermined number of races.

These nuances aren't terribly exciting, unless of course they involve the lovely and talented Danica Patrick.

The princess of NASCAR and Nature's Bakery are in the midst of some messy litigation at the moment, leaving Patrick without a main sponsor for the upcoming 2017 NASCAR season.

What's a female professional race car driver to do?

It appears Nature's Bakery bit off more wholesome pastry than they could chew and is currently either unwilling or unable to fulfill the terms of a $45million dollar contract with Patrick and the Stewart-Haas racing team.

It's all good, though.

The winner of exactly zero NASCAR Series Cup races in 154 attempts may not be particularly good at driving professionally, but she can absolutely market the hell out of a product for you.

Not exactly subtle, are they?

As such, Patrick should have little trouble finding a corporation to pick up the tab for some of these races.

Meanwhile, there's urgent business on the track that requires her attention.

There are some who feel this really needs to happen soon, namely, former driver and current ESPN analyst Ricky Craven, who suggested the almost 35-year old Patrick is getting "long in the tooth".

Patrick sometimes lacks the ability to laugh at herself, so that little truth bomb probably wasn't to her liking.