Dale Earnhardt Jr Wants to Sell You His Corvette 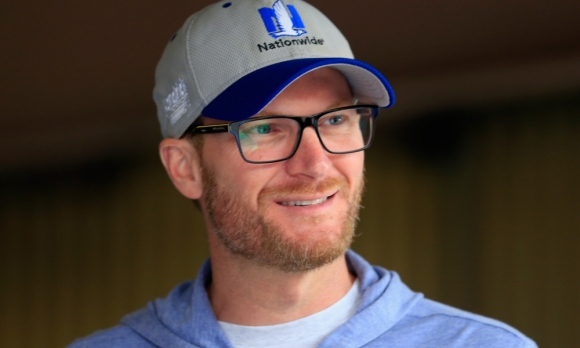 Dale Earnhardt Jr has more than likely owned his share of sweet rides over the years.

In fact, an extremely rare Corvette ZR1 was recently listed by Fairfield Auto Group of Pennsylvania, who included in the listing the fact that the soon-to-be-retired NASCAR driver used to own the car.

Junior doesn't seem to remember any of this.

The asking price on this sexy automobile was a cool $97,978.

While the car barely has 1500 miles on it and features a custom-ordered color scheme, they couldn't have justified that price without the Dale Jr lineage attached to it.

The claim was that Hendrick Motorsports had provided the vehicle for Earnhardt, but Junior is claiming otherwise.

Here's the car in question:

She is super fine.

But wait, we're not quite done yet.

Fairfield is still insisting that the car did once belong to Earnhardt and claims to have all of the relevant documentation to prove it.

After removing the original listing due to ouside pressure, including apparent death threats, they've relisted the Corvette, tweaking the language some while still using Earnhardt's name and keeping the asking price intact.

Maybe one day we can unravel the mystery and figure out the origin of this car.

In the meantime, perhaps Dale Jr could provide a manifest of every single vehicle he's ever owned.