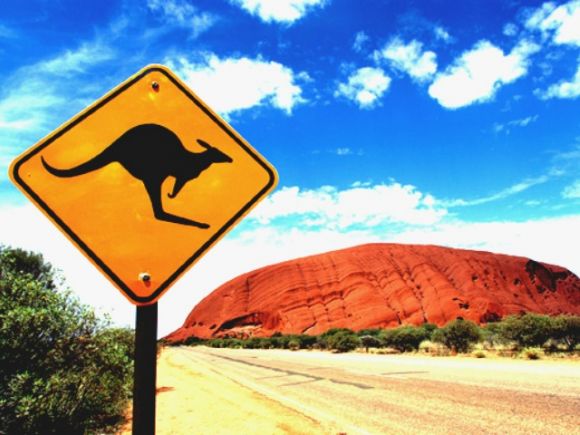 The long weekend on two continents featured prime driving performances by a pair of dudes from a third.

Not that they need a reason, but Australians are gonna be doing double duty hoisting 'em over the holiday:

So, pardon the citizenry Down Under for any decisions made while overcome by fumes of glory:

In Monaco, starting from the pole is beyond huge, given the circuit's narrow road, elevation changes, tight curves, and even a tunnel. In short, it's a true workout:

Ricciardo may have won the pole, but any advantage it had for him was quickly swept aside by the failure of his MGU-K unit, which in turn jacked up his brake temperatures, big time.

In essence, then, dude's power efficiency was reduced by around 25%, or 160hp.

Not cool when defending champion Sebastian Vettel and his Ferrari were hot on his tail.

Meanwhile, if current Formula 1 points leader and third-place finisher Lewis Hamilton didn't look too happy on the podium, it's because he wasn't. Dude had a major bitch about the famous track, calling it boring because of so few passing opportunities.

That's after admitting his Mercedes is longer than his competitors', which is an issue on this track. Still, it's not as if that wasn't known well beforehand. The course has hardly changed since its inception in 1929.

Frankly, dude's got more concerns than this, which is probably why he's venting in the first place.

Hours later, at the self-proclaimed Greatest Spectacle in Racing, the aptly named Will Power was about to have the day that's consumed him since the start of his career.

Stefan Wilson's lost gamble on remaining fuel was the break he needed:

This was a matter of putting up with the usual attrition that comes with 200mph-plus speeds on a 2.5-mile track.

Not to mention the ever-present dirty air:

The resultant lift was an issue all day, ending the race for the likes of three-time winner Helio Castroneves.

Dude will now take another shot at a fourth victory at Indy next year because Roger Penske likes him.

That crash is similar to the others at Turn 2 that knocked out the likes of Tony Kanaan; Ed Jones; and racing's clickbait queen, Danica Patrick.

Still, at least she's out there trying to accomplish something meaningful, as opposed to, say, a Kardashian.

And now, just as baseball has the Mendoza Line, racing features the Danica Double, which must occur in the same year:

Taking the honors for all balls, all the time was 2016 champion Alexander Rossi.

Dude started in 32nd position and worked his way into a fourth-place finish with moves like this:

Quite the day of racing.

And this year, it'll cause quite the night of celebrating among racing fans and whomever else in a certain corner of the globe.

Unless someone's mixing White Russians, it's doubtful milk will be the drink of choice.