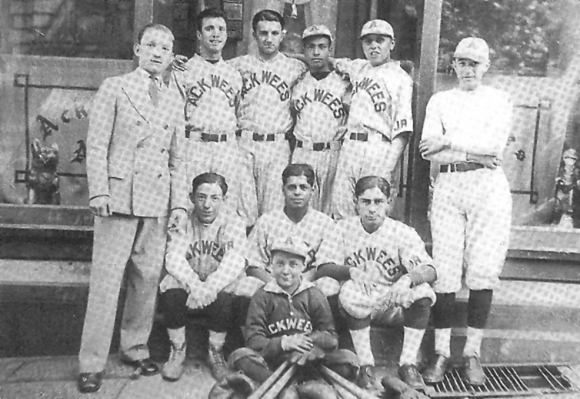 Yes, the Netherlands has won more European baseball champtionships than any other country.

But the Italians are the reigning titlests.

True, their World Baseball Championship roster is packed with more gray-area players than most, but they're well within the rules. And the Italians are now well on their way to the second-round venue in Miami with their surprisingly easy 14-4 mercy-rule crushing of Canada. With the USA losing to Mexico in the other Pool D match in Arizona, it will now be an upset if the Italians don't advance.

Say this for Italy: their management knows how to pick a team. In most cases, it seems like they looked for a name ending in a vowel and went to Ancestry.com. Tim Crabbe? Brian Sweeney? Who knew?

It's still not like Italy has brought in any ringers.

Wags might say the same for the Americans, but Joe Torre's team actually has enough A-listers to warrant being a pre-tourney favorite. All they need to do is play like one. And think like one. Arizona's dry air was probably not the best climate for a knuckle-baller -- even curve balls don't get much atmospheric bite there -- and Mexico's hitters underscored that point by teeing off on current NL Cy Young holder R A Dickey. Their attack was capped by Adrian Gonzalez nearly sending a limp Dickey pitch to Pluto.

Over in Japan, the Netherlands has already compiled a 2-0 record in the second round and is one win away from a ticket to the championship venue in San Francisco. Unless two other Pool D teams rack up pinball scores in their remaining games, Italy's next challenge looms in the daunting prospects of the Dominican Republic and, most likely, Puerto Rico, powerful clubs loaded with talent who are holding form in Pool C.

If it indeed gets that far, Italy will have greatly exceeded expectations. If nothing else, the trip to Miami would be a stopover on their way back home.

At least for a few of them.