Yes Virginia, a Knuckleball Can Morph into a Cue Ball

Published on 1-Sep-2016 by Alan Adamsson 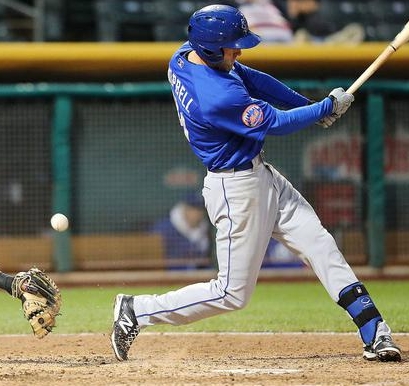 There's a reason the plate umpire doesn't declare a ball dead until a fielder touches it if the ball hasn't passed first in foul territory.

That's because swinging bunts that start out foul are well and truly capable of wandering back inside the chalk.

So give the blue dude behind the dish full marks for not giving up on this foul, which is more than can be said for Eric Campbell of the Pacific Coast League's Las Vegas 51s:

The hell of it is, Campbell was the odd man out when the New York Mets activated James Loney.

And last night, dude was probably feeling privileged that he even got a piece of that knuckler, a pitch noted for its lack of spin and resultant unpredictable flight path:

Next time, dude, follow the foul as if you were an umpire.