Published on 4-May-2015 by Trent Jackson 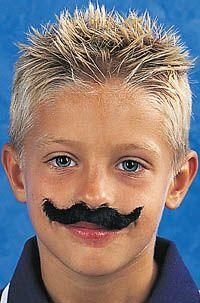 It was mid-April in St Petersberg, Florida when good-ol Gardy decided to sprout a stache.

You know, just for funzies.

A long-standing rule in the New York Yankees organization is that you can't have any facial hair, aside from a mustache. No beards, no goatees, and no soul patches,as if anyone even has one anymore.

This season, Brett Gardner has revived the mustache brigade and encouraged his teammates to join him.

As the hair began to come in, so did the runs. That weekend, the Yankees completed their first series sweep over the Rays. Since then, the Bronx Bombers have won 13 of their last 16 games and just held off the Red Sox to record their second sweep of the season.

Besides the Texmeister, Gardner has recruited Brian McCann, Chase Headley, Esmil Rogers, Dellin Betances, Andrew Miller, and Jacoby Ellsbury -- I may be missing a few, too -- to grow out the 'stache.

And after a couple weeks of pressure, it seems A-Rod is also going to try it out, although he qualifies it by saying, "But it’s going to take me a long time."

I guess all that juice can have an effect on these sorts of things.

Though Yanks skipper Joe Girardi has yet to show signs of growing one out, he must be thrilled with the way his team is performing lately.

Baseball has always been a superstitious sport, so you can bet the 'staches will stick around as long as the Yankees are doing this well. Superstition aside, stuff like this is what unites a team, and helps them all play well.

Of course, Oakland's Swingin' A's of the early 1970s were an exception to the united part, but they set the gold standard for facial hair. And they didn't do all that badly between the lines, either.

Then came free agency, and the tight-fisted Finley went into Loria mode before there even was a Loria.

The AL East is gonna be up for grabs all summer, so any little edge will be welcome. For now, that can be found in the Yankees standing a little farther away from that razor.