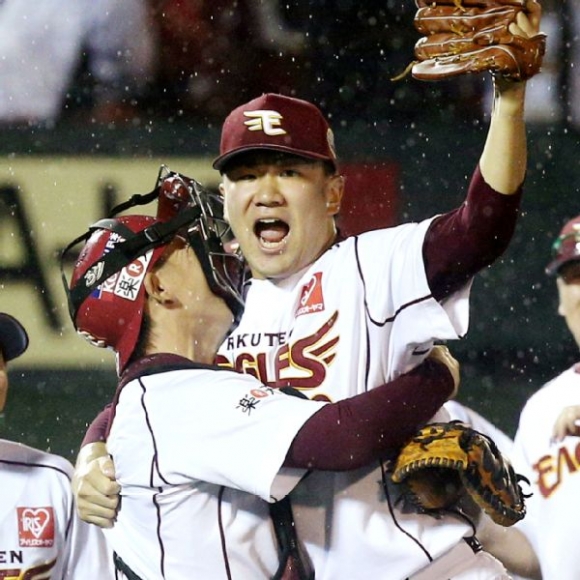 Masahiro Tanaka knew it was only a matter of time before he'd wake up one morning and be a kajillionaire.

So while money was a chief concern in his winnowing suitors for his services, it wasn't necessarily his top priority.

Tanaka made no secret that he intended to be the first man in his new team's pitching rotation.

That blew out the likes of the Dodgers, who just gave Clayton Kershaw the wherewithal to hire the Houston Astro's entire 40-man roster if he so desired. Tanaka wasn't going to dislodge Justin Verlander and Max Scherzer in Detroit, either. The Mariners' investment in Félix Hernandez nixed a popular landing spot for Japanese players. And so on.

In this respect, signs pointed to the Cubs, a perenially rebuilding club whose top pitching talent used to catch passes for Nôtre Dame. Could it be that history's has-beens might actually land their first significant free agent since being presented a blank check by André Dawson in 1987?

Of course not. These are the Cubs.

Enter the Yankees. As usual.

A seven-year, $155million deal -- roughly $22mil per season -- was front-pocket change for the Evil Empire. There was the trivial matter of CC Sabathia being the rotation's stopper, but his newly-gained trim figure ironically seemed to factor in elevating his rotos. Sentiment rarely wins pennants, so the Bombers did what they always do so well: offer well-paid haven to the high-priced sector and provide the brightest spotlights in the business.

So today, Tanaka is picturing how he'll look in pinstripes.

And New York's opponents will get an up-close-and-personal look at a Tanaka's array of late-breaking stuff:

Yes, 146kmh (90.7mph) is his top velocity in this clip, and it doesn't necessarily have a comet's tail, but Tanaka is a pitcher more than a thrower. Whether he unleashes a 96mph heater or not, any pitcher will tell you that the real fun is in the run. A 90mph fastball with late movement is deadly effective. It also facilitates a longer career. As Sabathia will attest, any arm other than Nolan Ryan's can only put so many red numbers on the radar readouts.

Now, all the Yankees need is insurance at closer -- Grant Balfour? -- and their A-Roid-less roster looks boosted in the old fashioned way.