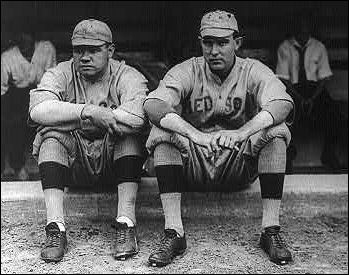 Don't believe a word of what Japanese star pitcher Masahiro Tanaka said when he proclaimed, "The Yankees wanted me more" after signing a $155million deal last week.

He took the most money that was offered to him and will try and get the Yankees back in the playoffs once again after their year on the outside looking in.

New York did the same thing they did after the 2008 season when they didn't make the playoffs, going on a spending spree to try and get back to playing October baseball. Add to the fact that the Boston Red Sox won the World Series last year and Brian Cashman got the green light to sign anyone he wanted, other than a ten-year contract for Robinson Cano for crazy money that was crazy even by Yankees standards.

Why are the Bombers going back to their old ways? This discussion about their top prospects' readiness indicates they have little choice in the near term:

Cashman has made more mistakes over the years than most general managers, but the Yankees have the money to cover them up. This season, the Yankees overpaid for Jacoby Ellsbury, gave 37-year-old Carlos Beltrán a three-year deal, overpaid for injury-prone Brian McCann, and may even be going after Stephen Drew after signing Brian Roberts. In 2008, the Yankees added CC Sabathia, Mark Teixeira, and AJ Burnett for millions of dollars. Yes, they won it all in 2009, but Sabathia has started to break down, Teixeira is injury-prone, and Burnett is now in Pittsburgh.

The Yankees, Angels, and Dodgers all seem to be the big spenders now and will try overtake Boston and St Louis in their quest to make the World Series. For the Yankees, it's easy; tell everyone you're not going to spend a certain amount of money and then go out and spend it anyway. Brian Cashman should be the GM of the Royals for one year, or maybe the Astros. Then we could see if he could really judge talent or just write checks.