Yankee Bats Explode Like CC's Heater Used to Do 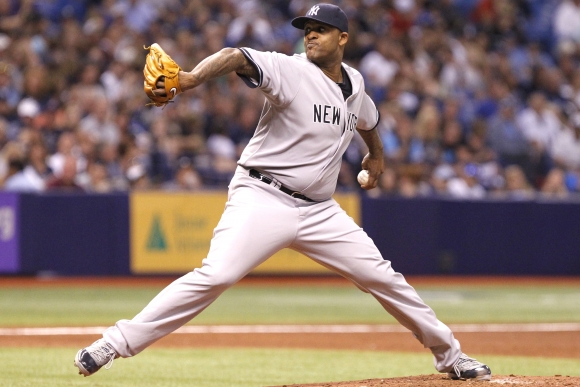 After a slow first few weeks to the season, the New York Yankees offense has definitely come alive.

Following an undeniably pathetic offensive season in 2014 -- one that left them out in the cold in October for the second straight year -- the Bronx Bombers are looking to change their fate in 2015.

While the team itself seems to be firing on all cylinders, one guy who's been struggling this season is the big ol' CC.

Coming into Monday's game, the former flame-thrower turned finesser was 0-5. However, this wasn't entirely his fault. Somehow, the Bombers' only offensive struggles since mid-April occurred when Sabathia was on the mound.

Three of those five losses under CC's huge belt were actually pretty solid outings. The Yanks just couldn't put together the run support needed to help him out.

With nine punchies over seven innings pitched, and a helpful 11 runs to back him, Sabathia secured his first win since 24 April 2014. The only qualifier that is that he was out for most of last season with a knee injury.

In a game that was nothing if not eventful, it ended with a play that can only happen at the Trop. A high pop up there can find itself anywhere when the catwalk comes into play.

Build it and they will come. Yeah, right.

But for one game, at least, a portly southpaw was right at home there.