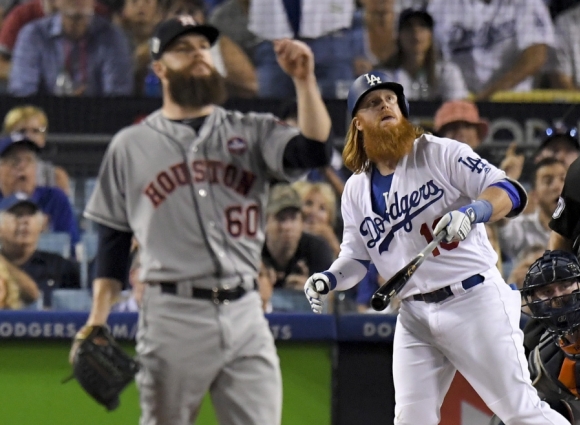 The Los Angeles Dodgers weren't the only ones going to bed happy last night.

The Commish of Time & Space must've done, too.

In fact, any and all of them -- plus fans who attended Game 1 -- probably had time to hit a late showing at the cineplex after the fastest World Series game since 1992 wrapped.

It was indeed a great occasion for timeliness, what with the temp at game time clocking in at a torrid 103°.

Yes, this was a job for Clayton Kershaw, with supporting help from Houston ace Dallas Keuchel.

The result was a clinically efficient 2-1 Dodger victory:

There's no doubt the übergeeks in MLB's front offices have taken the game's efficiency to new levels, but it's nothing the 2016 World Series didn't see:

Old School does weigh in every now and then, of course.

Not everything fits a formula.

However, managers and coaches nowadays ignore seamheads at their peril.

And so it goes.

Still, those aren't automatons out on the field. Geeks continue to research measurements for intangibles like Turner's inner fire and Kershaw's zoned-in mindset.

They just haven't gotten there yet.

And baseball still tests for that stuff.