World Series Game 4: Mets Give Royals Another 4-Out Inning 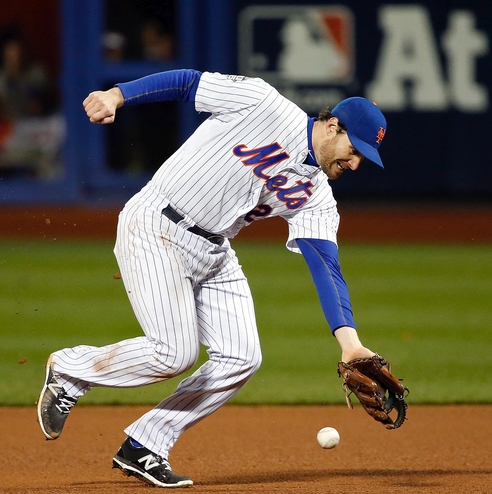 Back in the day, when the expansion New York Mets turned incompetence into an art form, Dick Stuart was their poster boy for it.

They were tagged by Casey Stengel's famous utterance of sheer frustration:

Can't anyone here play this game?

Here it is within the context of Game 4's eighth inning:

Well, it's safe to say the Royals are rolling.

They're built like the 1960's Dodgers: speed, singles, and pitching. Their uni's even look like the Dodgers. But that killer instinct is all theirs.

And the last thing an opponent needs to do is give them an opening. Kinda like what happened in the 14th inning of Game 1:

But the Mets haven't overcome their flaws.

And that's overshadowing dynamic performances like Michael Conforto's in Game 4:

But winning an actual World Series is far from trivial, and Kansas City now has a commanding edge in this one.