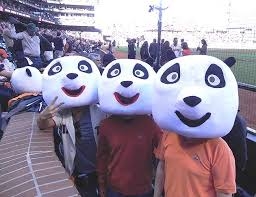 Glowing hot teams can pick off a seven-game set.

But usually, a best-of-seven format exposes the blemishes that a team must overcome to prevail in the post-season. Especially if it's the second set of the post-season. (And, given that the Stanley Cup requires a team to win four of them, there's rarely any argument that the best club hoists the hardware.)

The San Francisco Giants have shown all year long that they need their opponent to make mistakes. If so, they win. If not, the superior-talent Dodgers win. And the Kansas City Royals need their starters to go six innings. If not, teams like the Giants cash in, like they did in Game 4:

As an example of the Giants' ability to attack a weakness, the switch-hitting Sandoval hit .199 from the right side during the regular season.

San Francisco features a group of grinders, ready to pounce on any opportunity, no matter how slight. The game's first run was indicative of that:

So now the Series shifts to its second stage. The aces throw in Game 5. The tendencies have been noted, from how the scouting reports played out to what adjustments have been made the first time around. And Kansas City now holds the home-field advantage, not that it matters to wild card teams that had to perform on the road just to get here.