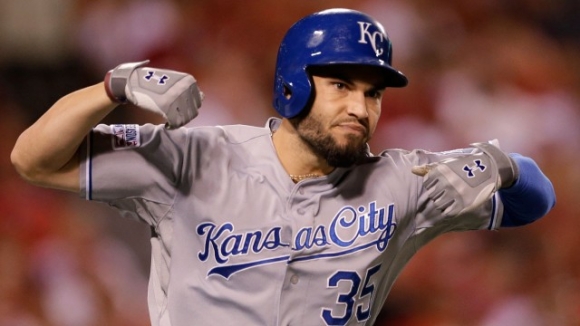 And the numbers quoted ad nauseum at this stage of the post-season state that the winner of World Series Game 3 earns the rings 69% of the time. The record stood at 38-for-55 prior to last night's result.

So the Kansas City Royals should like where they're sitting right now.

This time around, though, too much is being made of all the usual bromides.

Neither team seems daunted by being the visitor. Both teams are accustomed to close games. Coming from behind -- whether it's a game or series -- isn't an uncommon occurrence to either one of them.

And it's well-documented that Royals manager Ned Yost isn't beholden to statistics.

In this era of set-up hurlers and closers, the sixth-inning is often Ground Zero for pitching stragety. Yost adhered to that philosophy, but that was about it. He went by feel the rest of the way. It's inevitable that approach will get him fired some day, but it won't be today.

And that's what Kansas City featured for 162 games this season.

For their part, the San Francisco Giants spent the year grinding out games like this. As Bruce Bochy alluded -- and confirmed by not making a panic move like moving Madison Bumgarner up in the rotation -- their collective experience is such that their outlook hasn't changed.

It's still the first club to four gets the rings, something as obvious in mid-season as it is now.