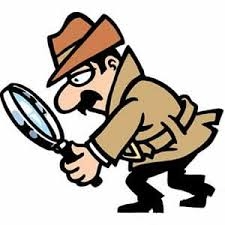 So, now it sees the light of day.

Pitchers in both leagues have been saying the post-season baseballs a slicker to grip.

It's not a new thing. There've long been grumblings about balls that were marked for authenticiy in anticipation of special occasions, but no one ever went public with it.

Those times, though, weren't in the World Series.

If seams are flatter, as has already been alleged, heaters will run less. They won't need to be juiced to look juicy.

Now, if slingers whose sliders are primary pitches start wondering why they're not going as dark as they did in the winter season, MLB may have some 'plaining to do.

Meanwhile, no wonder sales of this shirt are booming at our Fanorama store: It's a sign of pros being pros, though, that no pitcher is hanging his performance on the balls. Both Yu Darvish and Ken Giles have been stoic in their post-game comments to the press.

It's notable, though, that both of them rely heavily upon sliders running dark late. Giles in particular has had a totally uncharacteristic post-season.

This isn't the sorta line one would expect from the closer for the American League champions:

In spite of these hints and allegations, Game 4's starters acquitted themselves quite well.

For the record, their sliders in Game 1 looked pretty damn good.