Will the Giants Carry Their June Swoon into July? 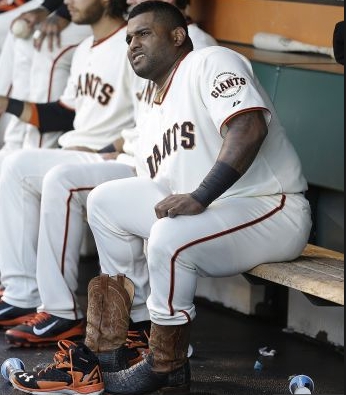 Galling as the overly apt term may be, observers can only conclude that the San Francisco Giants have displayed another textbook example of the phenomenon dubbed the June-swoon.

Their persistent nemesis, Adam Wainwright, assured that fans of the Orange & Black continued to shed Giant tears into July. The St Louis Cardinals ace spun a four-hit shutout en route to a 2-0 decision that garnered his league-leading 11th win.

Yet bright spots persist in shining on the cloudy shores of McCovey Cove, like the fairy dust still floating about AT&T Park from Tim Lincecum's latest two outbursts of pitching genius. The Freak, assisted by the Panda's 100th home run -- 50 at AT&T Park and 50 on the road; he's even Steven! -- helped to ease the suffering of fans of the Orange & Black.

Facing up against another team experiencing somewhat similar misfortunes as them -- the Cardinals -- something had to give. G-Fans had hoped it would be the Cards that folded and all of the Giants' foes hereafter.

What followed was ultimately another wasted effort from Ryan Vogelsong.

As precipitous as the Giants' fall from the best team in the majors to the mere first- or second-best in the NL West is, if Giants fans were told at the beginning of spring training that their heroes would be in a heated battle for first place in their division come Independence Day, most would probably have been quite happy with that situation. 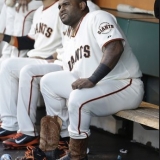