Will Giancarlo Stanton Be on the Move? 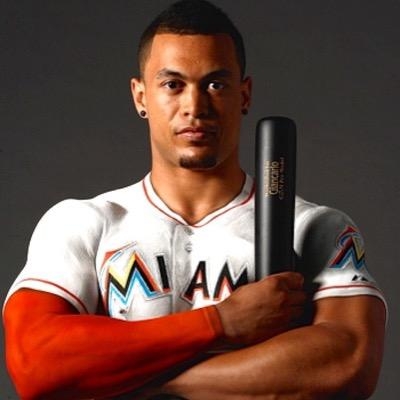 The Miami Marlins have always seemed to have a limit on good news.

They haven't been a factor in pennant races for years.

Right now is one of those times, as they've struck lightning in a bottle.

Don’t look to Zeus or Odin. Focus instead on the Colossus known as Giancarlo Stanton:

Stanton has always been known as a power bat, and this season, he's showing more consistency in overall contact.

As of this date:

Stanton’s offensive explosion helped the Marlins go 13-3 at one point in August, but one thumper does not a contender make.

They soon faded as they were destined to do. This is yet to be a complete team.

One way or another, the team's shortcomings can always be traced to one of the game's paramount forces of evil, owner Jeffrey Loria.

And this brings us to what could well be the latest limits on Marlins' good news.

What there is of the region's baseball community rejoiced to hear that Loria had agreed to sell the club to a group headed by kajillionaire Bruce Sherman and lovable Yankee legend Derek Jeter.

This is definitely an upgrade, but there's still a fine distinction to be made:

Suffice to say that the purchasing group found a way to make the numbers work to the point of doing the deal, but dudes aren't getting into this to lose money.

Loria's long-term strategy was to:

Villains win their share and leave others to pick up the pieces.

Did Loria sign Stanton to make the franchise more appealing to a buyer? The backloaded contract sure makes it appear that way.

So now, if the new ownership is to make owning the Marlins more stable financially, they'll likely need to cut payroll.

And that means either Stanton goes or a host of useful teammates do.

The Marlins have begun receiving calls ever since the non-waiver trade deadline. They've kept coming through to the end of August, as Stanton cleared waivers. That's no real surprise, given the balance of his contract, not to mention its no-trade clause.

It'll be the off-season if anything happens, but which team would make the most sense?

Look to organizations that:

The name that jumps out is St Louis:

Some seem to think the possibility of becoming a Cardinal might not appeal to Stanton.

However, with the Cubs and Astros depleting their farm systems for major trades and other big-buck teams not showing interest yet, it's hard to imagine St Louis not having the inside track.

Surely, other suitors will get creative and make a call. Until then, Stanton just keeps launching missiles.