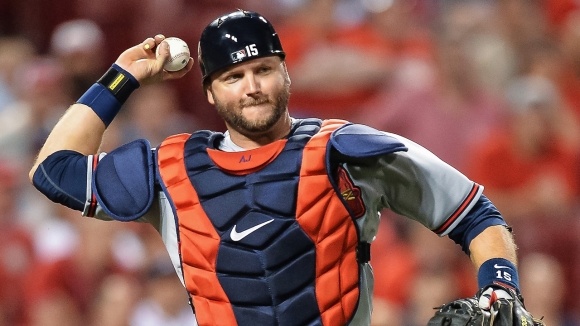 Make no mistake, amassing 2000 hits in a baseball career is no small achievement.

That AJ Pierzynski is one of them is a testament to his durability, among other things. Being an MLB backstop since 1998 isn't easy to do.

But here he is, now being mentioned in the same breath as Johnny Bench and Ivan Rodríguez:

However, that's not why fans and historians will remember Pierzynski.

This is why dude will forever be known in baseball lore:

Pierzynski being ejected is not a story. He's turned it into a cottage industry. Any game at any time.

But the quip that got him tossed in the game above was a classic. Here's his comment to umpire Quinn Walcott when he turned and held out his hand:

Even when that's not his primary objective:

Actually, Pierzynski had quite an eventful series up in Boston.

This little episode was from the night before his 2000-hit game:

All in all, Atlanta's 2016 highlight video's gonna look rather bleak.

As a symbol of their season, Pierzynski could well be the right catcher at the right time for this crew.

Maybe even their spokesman.