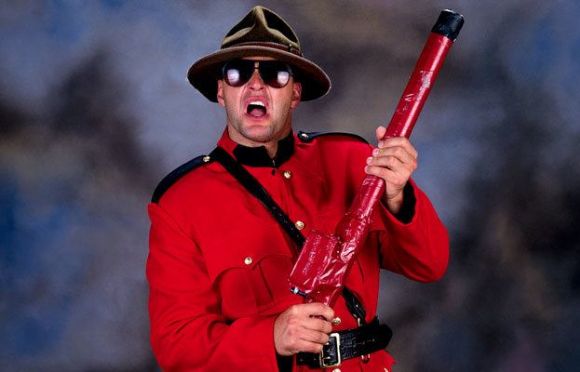 So much for the no-fan MLB experience in Toronto.

In short, their reaction was swift and to the point:

Seems like Ottawa has been paying attention to what's going on down in the States.

As in dealing with Covid-19 in a logical, scientific, disciplined, and unified way. Kinda like Canada is: The Jays' AAA affiliate is less than two hours down the road from TO, which means fans wouldn't have that far to go to not see their team in action this season.

If only the border wasn't closed to protect the Great White North from the Chaotic Yankee Plague.

The irony to this is the fact that Canada's system of government allows much more provincial autonomy than the USA affords its states, and yet, the entire nation had the good sense to unify against the universal threat of a pandemic.

In contrast, the staggering incompetence of America's approach will surely be a case study in classic mismanagement for years to come.

As AAA stadiums go, Buffalo's Coca-Cola Field was actually built to promote the city's pitch for an expansion franchise three decades ago. It's dimensions and conditions are MLB-caliber with the possible exception of lighting. If anything's gonna cause the Jays to look elsewhere first for a place to play, that'd be it.

Options are limited, though:

So, sooner or later, odds are strong the Jays are gonna wind up in Buffalo this summer.

And the finer parts of Canadian culture will be protected.