Who's Gonna Be the New Face of Baseball?

Published on 1-May-2015 by Trent Jackson 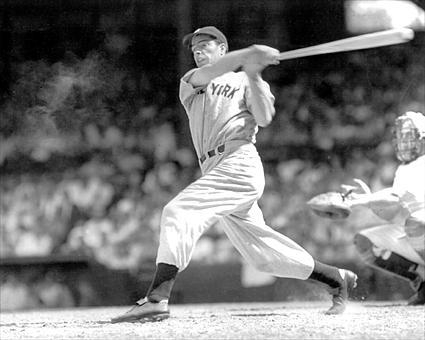 It's been seven months -- plus three days, but who's counting? -- since Derek Jeter smacked a Baltimore chop into the dirt in front of home plate at Fenway Park and ended his career with an RBI single.

Don't even get me started on his New York farewell because ...

In any case, whether you liked the Yankees or not, Jeter was the face of baseball for the better part of his 20-year career.

The empty space he left in baseball is much larger than what's between the second and third basemen, and frankly, that gap's even wider in Gotham because of who's at third. Many of today's young players grew up watching him. Now that he's retired to Florida, baseball will need a new player for youngsters to gaze upon in awe.

I would say that man is Will Ferrell, but he was signed, traded nine times, and retired all in the course of a day. Since he's kind of out of the running, I might have to say Mike Trout would be the dude.

Seems fitting that he made this flying catch by the Southwest Airlines add.

Owning a career .306 batting average with 103 HR and 321 RBIs, the power hitter is already a Gold Glove-winning center fielder and the 2014 All-Star game MVP.

Besides being one of the best active MLB players, Mike Trout is pretty much likeable by everyone, except maybe Yordano Ventura. He's a friendly, humble guy who seems genuinely happy to get paid to do what he loves and eat Subway sandwiches in the privacy of whichever part of the clubhouse can accommodate him and a camera crew.

My son won't get the chance to grow up watching Jeter like I did, but I'm happy as long as there are guys like Trout out there.