Who's Blowing Out the Birthday Candles? 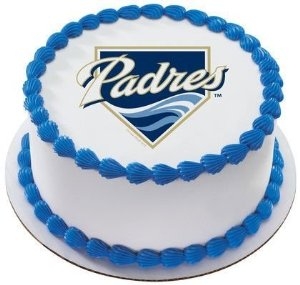 Actually, it's quite possible the only fireworks on display at Petco Park tonight is on starter Jesse Hahn's cake.

The San Diego Padres are in familiar territory, ranked last in the MLB in runs scored. And surprisingly, the team listed above them is the defending National League champion St Louis Cardinals.

No wonder the opener in these clubs' three-game set resulted in only four runs crossing the plate, as the Pads took it, 3-1. That offensive output even underperformed Petco's average of displaying six runs per game.

And with Chase Headly now wearing another uniform and field general Yadier Molina on the shelf until September, the prospects of these two teams meeting or surpassing that average tonight aren't great. Especially with San Diego's de facto ace facing the Cardinals' Joe Kelly.

Here's how St Louis and San Diego match up according to the Bovada data tool on our Home page: AccuScore places both hurlers' odds of a quality start at better than 50%. What's interesting about that stat is Kelly's projection. He's recently returned from the disabled list, and as we see above, he's only had one long outing since then. Meanwhile, it took perpetual Padres nemesis Tim Lincecum to best Hahn in his last outing.

Unless Matt Holiday and/or Matt Adams find a way to ignite at Petco, St Louis will be scraping for runs. Seth Smith is the man for San Diego, and he's been on a .471 tear this past week. That's the good news for the Padres. The bad news is no one else even knows what an offensive tear is.

Bovada has set the run total tonight at 6½. Frankly, if these two teams manage to get that much production, it'll be the fans who celebrate.