While Trout Takes the High Road, His Agent Offers Angels a GPS 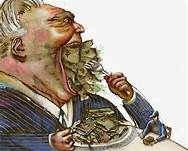 Hall-of-Famer Ralph Kiner had a legendary experience that set the standard for a team showing its true colors:

It didn't matter the kind of year Kiner had before. He was still on the receiving end of a hardened managment opinion.

"We finished last with you, we can finish last without you."

"We're seeing a minimum salary that has gotten bigger and bigger, and we are seeing an average salary at the Major League level that has gotten bigger and bigger, and we're charged with managing that across the board," said Dipoto, whose payroll will be about $160 million in 2013. "With the zero-to-three and arbitration years and free agent years, at some point you have to manage the talent on the field and the economics of the game. That's what we're trying to do every day."

The Los Anaheim Angels are becoming modern-day masters of this short-sighted logic. They're not alone. The 'service time' determinant seems to be more of a factor in bloated salaries than in good value. It certainly explains the financial difference between Albert Pujols and Mike Trout much better than statistics do.

It also foretells that they'll reap what they sow when Trout is eligible for free agency in 2017.

Academics have sacrificed forests trying to rationalize this mindset. They can't. Check out Page 23 of this treatise:

"The explanations for this irrational behavior are numerous and beyond the scope of this study."

This is the sort of karma that wafts over teams missing playoffs, as opposed to clubs with proactive ownership and management.

It's unreasonable to expect that Trout duplicates his rookie feats. The sophomore jinx is indeed a possibility, but the risk of its occurrence is surely less than Trout's ability to produce solid overall numbers over the next few seasons. It's certainly worth more than the lost goodwill of a $20,000 bump; Trout's presence on the team will no doubt generate that amount in additional attendance revenues to the Angels in each game he plays.

Back in the 1970s, Charlie Finley blew up a dynasty by lowballing contracts, even though he did offer unique incentives. The old bromide is that those who don't learn from history are doomed to repeat it. Offenders come in all forms. Ironically, overt ownership villains like Jeffrey Loria aren't as odious as actuarial apologists like Arte Moreno is revealing himself to be.

The Angels couldn't buy a playoff spot with mega-millions last season, but they did come close, thanks to a call-up who, relatively speaking, they were paying nickels and dimes. There's another old bromide that comes to mind: Watch your pennies and the dollars will take care of themselves.

In the Angels' case, tossing those pennies around like manhole covers just took care of a rising star's perspective on hometown discounts.