With a Loaded DL, What Will the Yankees Do Now? 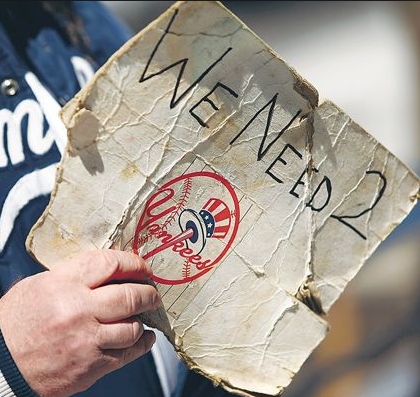 The New York Yankees are right in the middle of a seemingly balanced American League East.

But their players have been dropping like flies, and General Manager Brian Cashman cannot continue to have the Steinbrenner family write checks to keep them in contention.

New York currently has three starting pitchers on the disabled list, including their ace, CC Sabathia.

Reliever Shawn Kelley and backup catcher Francesco Cervelli are down for the count, as well. New addition Carlos Beltrán -- who was signed and overpaid in a three-year deal -- is also hurting, while Mark Teixeria, another overpaid Yankee, is a shell of himself who has already been on the DL this season.

Cashman usually has it easy as the Bombers GM, and this winter was no different. No one would have given Jacoby Ellsbury the money that New York did, although he was a star for the Red Sox and started the season on fire for his new club. He's slipped a bit lately, though, and was always injury-prone Boston. Brian McCann was a great leader for Atlanta but is not worth $17million per year and never will be.

The biggest signing of the off-season was star pitcher Masahiro Tanaka, who said the Yankees wanted him the most. Of course they did, and they showed it by posting the $20million posting fee are shelling out $22million per season. So far, to Cashman's relief, it's paying off.

Cashman has made some good moves over the years and has had the advantage of fixing his mistakes with another check. However, after all he'd done to restock the team's farm system over the years has been tapped dry because of his need to either forfeit draft choices due to free agent signings or tossing in prospect when trading for the big names. Those factors are now coming back to roost.

No one will ever feel sorry for the Yankees, even while these players break down. The question is: What will Cashman do? There are no free agents in the summer to overpay. Stephen Drew is out there, but the Steinbrenners have closed their checkbook until next winter.

The dude's up against it. Time for him to show that he's not being overpaid.