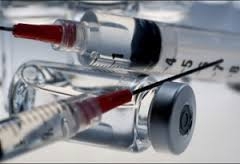 It's the perpetual dark cloud that has been casting its shadow on MLB for several decades now. It has it's place in every sport, but it seems to be more common in MLB, surfacing every year without any warning. Just when a PED-related furor seems to die down, another story emerges from the gloomy netherworld in which it resides.

The alleged users this time? Allegedly, 20 in all, with Alex Rodriguez and Ryan Braun as the poster boys.

These two have already have had their run-in with PEDs before, each with different stories and experiences. MLB has clearly been in pursuit of these two, along with 18 other baseball players in connection with a Tony Bosch, a biochemist who also owns Biogenesis of America, the South Miami Clinic that is suspected to be a PED distribution center.

With this intense investigation, the odds are stacked against the 20 players in question. Each and every one of these alleged users -- aside from Gio Gonzalez, who possibly received only a legal substance from the clinic -- face a possible suspension from league play. In A-Rod's case, it could be significantly worse.

PEDs simply won't lie dormant. With the level of intensity in sports rising -- not to mention the salaries -- it seems like everyone, not only athletes, are looking for a leg up in competition. Considering the money, glory, and fame that follow victory, the temptation to seek an edge, ie- opportunities to dishonestly enhance the odds of success, can be hard to resist. Mark McGwire, Melky Cabrera, Barry Bonds, and José Conseco all chose PEDs to either prolong or improve their baseball careers. Yes, their integrity is questionable and eternally tarnished, but the publicity, the fame, and the money they earned is still there.

Note there are no asterisks in the record books beside McGwire's or Bonds' accomplishments. They didn't have to return any salary, either.

Where PED's exist, distributors and manufacturers aren't too far beyond. It's a different type of drug war. One that the MLB is currently losing. It seems like more and more baseball players are trying to gain the upper hand. Undetectable PEDs are being manufactured so that player suspensions are avoided. And it's not only independent PED manufacturers.

Dishonorable players are encougaring their peers to take PEDs, too. There have been several stories about players recommending illegal narcotics to decrease recovery time from a injury or to quickly enhance a player's muscle mass. José Conseco even publicly stated that he personally injected Mark McGwire and Rafeal Palmeiro, just to name one instance. It's still a clandestine clique in MLB whose number has even trickled down to the minor leagues. Desperate players need a boost and the easy fix is a PED.

This war will continue as long as the source exists. PEDs will continue to circulate throughout the MLB until society, as whole, makes a conscious change. Morals must be altered, rehabbed, and relearned. Dishonesty and shortcuts will only get you so far but trust me, you will get caught!