What Other MLB Milestones Could Be Reached This Season? 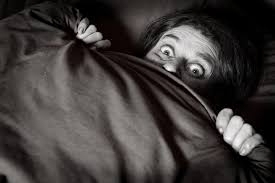 There goes my hero
Watch him as he goes
-- Foo Fighters, My Hero

That ageless wonder, Ichiro Suzuki of the Miami Marlins, has become the 30th member of the 3000 hit club.

With Alex Rodriguez finally cashing it in -- probably -- his chase for historic records will come to an abrupt end, much to the delight of Yankees fans everywhere.

There are still quite a few milestones that others can reach as the 2016 season begins to wind down.

Here are a few things to watch as the dog days of August roll in, and not even a second wild card can save your favorite  team ... again:

Dude's an enigma to the Phillies in the same way that A-Rod continues to be the elephant in the room for the Yankees.

He's no longer a full time player. However, he currently sits alone at 17th place all-time in punchies.

This would be awesome if Howard was a pitcher, but alas. Just alas. You can bet the Phils will exercise his $10million buyout before next season, which beats paying him $23million to continue his run of futility.

Time to cut your losses Phanatics!

The League of Extraordinary Whiffers stretches back beyond even hallowed fanner Dave Nicholson and shows no signs of fading away.

Ortiz is no exception.

As the celebration of Big Papi continues on his storied career, his march toward 1742 K's is a much more fascinating case study in one of the hardest things to do in sports: hit a round ball with a round bat and hit it squarely.

As of this moment, 17 more strikeouts is all it'll take for Oritz to pass Torii Hunter for a spot in the Top 25.

You got this, dude!

The ultimate in team sacrifice and the most painful way to reach first base has been Utley's trademark since he entered the league in 2003.

Dude's already No 10 all-time in HBP, but after four more, he'll tie Minnie Miñoso for the ninth spot with 192 career HBP.

Former Cubbie Ron Hunt's on that list. In recognition, his teammates presented him with a rib-cage trophy that had a ball stuck in them.

The Phillies got rid of the wrong aging star. It's a wonder the Flyers didn't trade for him.

Pujols also has a couple other milestones he's chasing that actually reflect well on a player, like moving into the Top 10 all-time in career home runs, currently two behind Mark McGwire. At this moment, just two more GIDP will move him into third place all-time behind Pudge Rodriguez and Cal Ripken Jr. Ironically, Henry Aaron sits at No 3, so Pujols can at least catch Hammerin' Hank in one category.

This is the one stat in baseball that's unavoidable and often the most painful.

At least 51 outs are recorded in each nine-inning game, so it's not really a rare occurrence; moving up an all-time list is actually an accomplishment unto itself.

Beltré currently sits at No 24 all-time -- behind Reggie Jackson and George Brett -- so he's got good company.

Dude's almost within 125 more outs of passing Ty Cobb for 20th all-time. It' not far-fetched to happen this season, since the Rangers are in contention and will likely utilize their star player down the stretch. Hard to believe how King Félix's season has unfolded, but the stats don't lie.

With six more WP's, dude will pass Tim Wakefield on the career list.

It's understandable how a knuckleball pitcher would rack up quite a few WP's, but Félix has pinpoint control; at least, he did in 2010.

As the great Bob Uecker said about catching knuckler, wait till it stops rolling and pick it up. Who knew Mariners backstops would be saying that about their ace?

King Félix had best get better at peppering the zone, because Seattle desperately needs him if they're going to end the longest playoff drought currently in MLB. 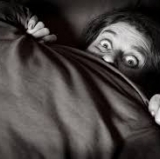 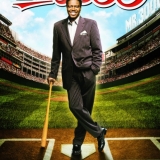