Welcome to The Show, Nico Hoerner 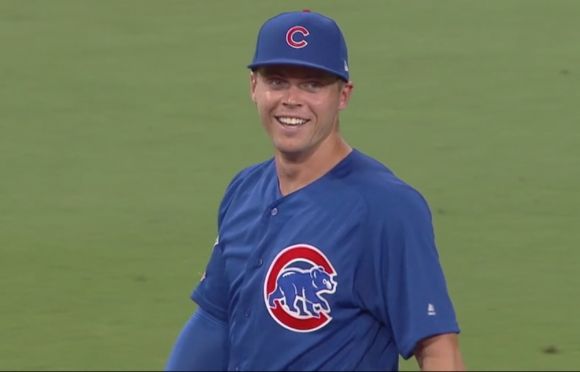 The Chicago Cubs are really beat to shit at the moment, with several key players on the shelf.

Of course, attrition is most likely to set in after five grueling months of action, but the timing isn't ideal for a team in a tense struggle to make the post-season.

But fear not, Cubbie enthusiasts.

Nico Hoerner is organizing a classified rescue mission as we speak.

Actually, the sensitivity of the mission was compromised last night in San Diego, where the Cubs' 2018 first-round pick did a very convincing impression of a veteran major league ballplayer in his MLB debut.

This may have been @nico_hoerner's first MLB hit, but he looked like he's been doing this for a long time. pic.twitter.com/nBRetbV65s

Forgive us for the technical jargon, but that was a nice piece of hitting.

That would be a two-run triple, dudes and dudettes.

Which brings us to the nightcap:

At 22 years old, Nico Hoerner just got his name chanted on the road during his MLB Debut after getting his third hit of the night and fourth RBI.

Yep, they were absolutely chanting dude's name on the road.

That may seem unusual until you realize that Cubs fans frequently outnumber the home team's fans, particularly in San Diego.

The final tally for Nico was pretty okay:

It's all downhill from here, kid.