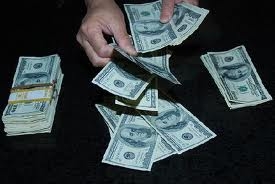 We certainly hope you took advantage of our Friday selection of the Houston Astros, who cruised to a 5-0 win over the heavily favored Angels and cashed in nearly double the money for their backers.

At game time, Bovada had the Astros at +190, and then things started well right out of the gate. Houston jumped out to a 3-0 lead in the first inning and never looked back in the shut out victory.

Today, we look to close out the calendar week at 5-2, and I think playing Texas's other MLB team will do just that.

I have a strong feeling about the Rangers tonight. Texas sends Alexi Ogando to the mound, and through two starts this season he's been nearly unhittable. Ogando takes the hill at 2-0 on the young season with a stingy ERA  of 0.77, allowing just one earned run in 11.2 innings of work. And that's nothing new for the righty in April where he boasts a 5-0 record and a 1.88 ERA in the month through 7 career starts.

His counterpart will be a pitcher who has enjoyed similar success pitching at Safeco Field. Joe Saunders has chalked up a 7-0 record at "The Safe" with an ERA of 1.91.  His last start was his most recent success story whene he hurled 6.2 innings, walking one and striking out 5 in a Seattle 3-0 win Monday over Oakland.

But facing the Texas Rangers for Saunders is a completely different story.  Just check out his numbers from our Bovada data tool on our Home page and you'll see why:

Not only has Saunders lost four of the five games shown, but his lifetime record is 5-7 against Texas. More fuel for the Texas fire, as far as bettors are concerned, is the fact that the Rangers were one of the better hitting teams against lefties last season, while Seattle was worst in the majors (.229 team BA) against righties like Ogando, whom they will face tonight.

Texas (7-4) hasn't lost two games in a row all season long. and are averaging five runs per game coming off their three previous losses. Bovada has the Rangers tabbed at -139 and to me, that's probably a bargain. If you're not on the West Coast, this play might keep you up late, but I think it'll be worth the wait to unload on the Rangers.