WBC Upstart Brazil Returns to Its Baseball Roots in Japan 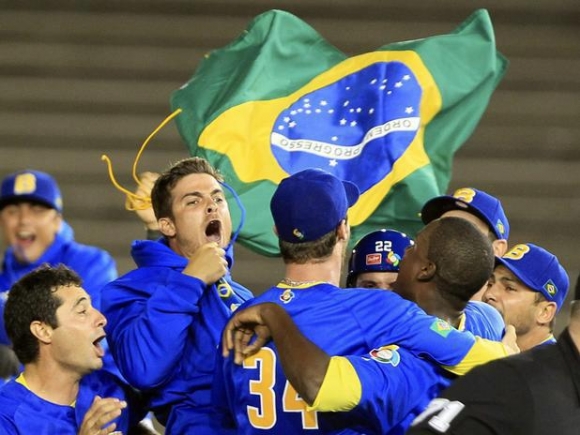 As far as MLB is concerned, the 2013 World Baseball has already paid dividends.

Brazil qualified for the main event.

Still in the midst of an economic boom while much of the globe endures adverse effects, Brazil expects to add 44million citizens to its middle class within the next decade. A higher level of interest in baseball there will surely have its tills ringing joyfully with revenues from television, merchandising, and the like from a market that was heretofore unattainable.

Too bad the bulk of that cash isn't going to Japan. Immigrants from the Land of the Rising Sun who came to work the plantations  introduced the game to Brazil back in the early 1900s. They're the demographic who kept a flickering interest in baseball alive for over a century before the Tampa Bay Rays were enticed to establish a training academy in its midst. Other MLB teams have followed with scouting operations, and last season, a Brazilian finally made it to the majors. Ironically, Yan Gomes took another route to get there, and just as ironically, it looks like he'll pass on the chance to play for his country in the 2013 WBC.

What with the early returns on how catchers are affected by playing in the World Baseball Classic, Gomes's decision is understandable.

Sending the Brazilians to Pool A in Japan is a fitting tribute to its baseball heritage. Nobody expects them, with a relatively inexperienced roster, to emerge from Pool A, where the hosts have won the WBC's first two titles. However, the old truism that pitching trumps everything else is the reason Brazil got this far. Raul Fernandes pitches for the Yakult Swallows and has a 93mph heater; he got the 1-0 win over Panama (with Gomes driving home the run) that vaulted the Brazilians into the Japanese pool and should be well acclimated in Fukuoka. 19-year-old Mariners signee Thyago Vieira has hit 97-98 on the gun, and Astros prospect Maulio Gouvea gets run and consistency at 93mph. The promise is there, but too much else would have to go right for Brazil to make any noise at this level.

Still, as far as MLB is concerned, enough has gone right for Brazil already.