Wasted Away Again in Barry Zito-ville 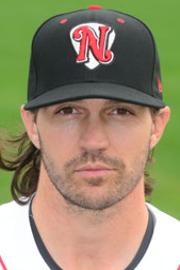 Like every pro ball player trying to tread the comeback trail, Barry Zito has had his share of ups and his portion of downs.

As the new cog in the roster of the minor league's Nashville Sounds, Zito perseveres along.

However, the lefty zillionaire is laboring in AAA with an unimpressive sub-.500 winning percentage (6-7) and an ERA at 3.57 in the hitter-friendly Pacific Coast League. And it has led to an ironic moment or two:

On the other hand, Zito ranks second on Oakland's sputtering farm club in wins with six.

Say what you want about the dude; one thing's for sure: he's certainly displaying a good work ethic, leading all Sounds pitchers in innings hurled. And even though Nashville's an on-and-off cellar dweller this season, we're not using that term in the non-baseball street-jargon sense:

With his career earnings, Zito hardly needs to keep doing this. But as Jim Bouton so accurately put it at the end of his tome, Ball Four:

And so Zito toils on.

Being as how he's doing it in the Music City, here's a novel way Sounds fans can celebrate his presence on their roster the next time they're at the karaoke bar. Crank up Jimmy Buffet's Margaritaville and appreciate that Zito's career isn't extinct yet:

One borne every minute

Yet another MLB team

Has wasted away again in Barry Zito-ville,

Thinking him their lost pitcher of salt

Foolishly forked over a mill-ill-ion

It's their own damn fault

Cause they got Zeets

Still playing in the minors

His contract's a doozy

It's plenty of money

Whenever he goes to check his balance at el banco popular

It's their own damn fault 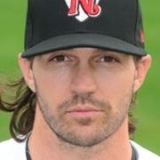 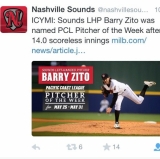