Voyage of the SS Mariner: Trader Jack Gets an Extended Tour 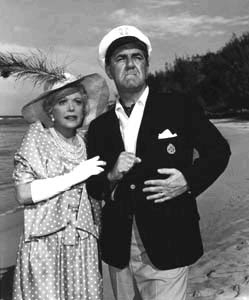 A funny thing happened on my way to the park recently.

I overheard fans talking, with a level above disdain and cynicism, about the recent contract extension awarded to Seattle Mariners General Manger Jack Zduriencik.

Let’s put this into context. As part of my daily duties, walking with fans into Safeco Field, I overhear conversations with relative ease, and there was a renewed sense of optimism over the current state of the Sub-Mariners.

The good ship SS Mariner is in uncharted waters, reaching the 10-games-above-.500 mark for the first time since 2007. That's 'way back when JJ Putz was closing out wins and Ichiro Suzuki was the All-Star Game MVP for hitting an inside-the-park home run.

Mariner fans should instantly see the irony in that particular Midsummer Classic, as Chris Young of the San Diego Padres was selected to start, Reds OF Ken Griffey Jr misplayed the ball that allowed the inside-the-parker, and former Mariners SP Gil Meche congratulated Ichrio in the dugout as a member of the Kansas City Royals.

Because pretty much every player who leaves Seattle becomes an All-Star.

Yes, it’s the little victories that have kept Seattle are baseball fans interested in the national pastime, but this year is different. We’re finally getting a taste of October baseball. What would that mean to the city of Seattle? Well basically, if the Seahawks aren’t playing, then fans might be able to drag themselves away from work long enough to enjoy an afternoon at the Safe.

If the season ended today, the Mariners would have the second wild card and the privilege of traveling to Oakland for a one-game playoff against the A’s, armed with waste water treatment gear and protective suits. To put his in historical context, only the Royals and Blue Jays have a longer playoff drought than the Mariners.

Jack Z has been chewed up and spit out on sports talk radio for the disastrous deals he made, like sending Cliff Lee to the Texas Rangers for Justin Smoak, Blake Beavan, and Josh Lueke and Doug Fister to the Tigers for Charlie Furbush, Casper Wells, and a player to be named later (Chance Ruffin). Wells had the distinction of playing for three different teams in 2013 and has spent all season with the Iowa Cubs of the Pacific Coast League. Lueke was found to have domestic violence issues and quickly released, and then there's the sad saga that has become Justin Smoak.

The switch-hitting, can't miss prospect of a first baseman has been on a yo-yo of a roller coaster between Seattle and Tacoma, showed brief glimpses of promise, only to get injured, lose his starting gig to Logan Morrison, and be left to wallow in the PCL. He's the proverbial 4A player, batting .328 so far this season with Tacoma and .208 with the Mariners. He last appeared in a big league game on 21 July. Luckily for him, rosters expand on Monday, and he'll probably get a plane ticket to join the rest of the big club in the East Bay.

This is the marquée player Trader Jack got for Cliff Lee, huh? Wow!

Then there's Dustin Ackley, Zduriencik's franchise cornerstone No 2 overall draft pick, because the 2008 Mariners had to win one meaningless game in September and miss out on Stephen Strasburg. Ackley seemingly has found a home -- finally -- in LF and got off the shuttle bus between Seattle and Tacoma. Thankfully, it’s only about a 35-minute ride, and Cheney Stadium is closer to Gig Harbor than the Hilltop.

Most cynical Seattle fans will point out that Jack Z could’ve drafted Mike Trout instead of Ackley, which is true, but so could 23 other teams who were scared off by Stalin-esque agent Scott Boras and his outrageous contract demands, which the Angels gladly met. Every scout in America thought Ackley was a can’t miss prospect. What they didn’t consider is how he would transition from an Easton pinger to a Louisville Slugger, or from Chapel Hill to Seattle. That’s a big difference.

Don't even get me started on Jesús Montero!

Not all the moves Trader Jack has made have been horrible [cough, cough, Chone Figgins]. He did sign free agent pitcher Hisashi Iwakuma from Japan, and of course, prized free agent 2B Robinson Cano this past off season where a report surfaced that the Mariners were bidding against themselves and increased their final offer to $240 million over 10 years. You know what they say, go big or go home! Throw in a frugal signing of closer Fernando Rodney, and you’ve got the makings of a competitive ball club.

Since you're with us a while longer, Jack, here are a few of my humble requests. Let’s just stop with the veteran retreads, OK? I’m talking to you, Carl Everett, Corey Hart, Jason Bay, Jack Cust, Brendan Ryan, Joe Saunders, Aaron Harang, Kevin Millwood, and Chris Ray! While we’re at it, try not to run fan favorites and Mariners legends Ken Griffey Jr, Ichiro Suzuki, and Raul Ibañez out of town. These are players who should have finished their careers cleanly in Seattle, not by calling you from a gas station in the middle of Montana on your drive home to Florida, or watching your best ever RF get 3000 hits in a Yankees uniform, or even setting a record for dingers by a geriatric. Glad we got that settled.

If the Mariners ever disclose the terms of Jack’s contract extension, we’ll know how much time he has left to turn this team into a World Series contender. For now, it appears he has job security and the right man in the dugout, new manager Lloyd McClendon. The awkward departure of former manager Eric Wedge turned out to be a blessing!

It’s never too early to start making a shopping list. A’s pitcher Jon Lester happens to be both a free agent and a Tacoma native. Hint, hint. 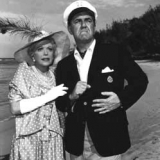 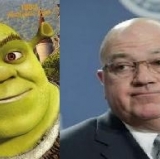