Vox Pop-Up: Deadspin Deadline for Your Baseball Hall of Fame Vote Is Today 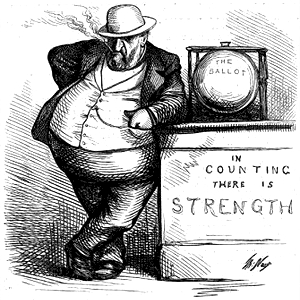 If you haven't heard, Deadspin wants you to cast your vote for the 2014 Baseball Hall of Fame class.

And it's for real.

Probably because it's been around longer than most halls of fame, baseball's curators -- if that's what the array of writers, broadcasters, and veterans deem themselves to be -- have morphed the election process into something more like an anointment. The voting factions have become so disparate as to criteria and personal morality judgments that the entire process has devolved into a hypocrisy.

So last month, Deadspin went out and found a voter so disgusted by the process that he was willing to sell his vote as a form of protest. The site asked its readership to submit lists of ten players, just as the official ballot would ask. Deadspin would then tally the votes, list the top ten nominees, and submit it to the holder of the official ballot, who would then copy those results onto his own ballot and send it off to the Hall to be part of the actual tally.

For whatever reason, the first arrangement fell through. Undaunted, Deadspin found another. The vote is on.

And the deadline is today.

Bill Deane is the Nate Silver of Baseball Hall of Fame elections. A former research associate there, he's been uncannily accurate with his recent predictions. He foretold the 2013 result that no one would gain entrance to the Hall; the year before, he correctly predicted that Barry Larkin would be the sole inductee.

Among those immortals are such scalawags as Ty Cobb, that rascally racist whose on-field credentials were pretty fly for a white guy; Gaylord Perry, the Jiffy Lube of 300-game winners; and a host of players from the 70s and 80s who snorted more blow and popped more amphetamines than Studio 54's glitterati on any given evening.

Now's your chance to be part of the process. Do your research. Feel free to strike a blow for or against Barry Bonds or Mark McGwire, or make J T Snow's dad posthumously proud.