Upset in the Apple

Published on 3-Sep-2013 by Steve Soprano 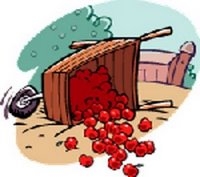 It's perhaps the best value play I've seen all baseball season, so much so, I wouldn't be surprised if the line was exactly the opposite of what it is.

But the Chicago White Sox are a juicy +125 today against the Yankees, and this number simply has me puzzled.

Yes, I saw the brutal defense the Pale Hose played in Monday's 9-1 loss to New York, and it's been about that bad all year. And I am well aware of Chicago's poor record (56-80), and poor hitting (.252), so on and so forth. But when lefty Chris Sale takes the hill for the White Sox, he usually gives them every opportunity to win, and will do so today.

There is ample evidence you will see on the Home page when you click on the Bovada data tool. First, simply look at Sale's earned run average of an even 3.00. Yes, that is inclusive of his poor outing against Texas two starts ago. However, he bounced back well by going eight innings, giving up four hits and a run in a 6-1 win over the Astros last week.

Scroll down a little further and you'll see Sale has two career starts against the Yankees, has totalled 15 innings, allowed just two runs, and struck out an impressive 19. Yes, he won both of those, and the most recent came just last month.

New York sends Hiroki Kuroda to the hill, and if you refer back to the Bovada data tool, you will see a mostly different story. There is his 2.89 ERA, but his recent body of work hasn't helped. Kuroda has given up 15 runs in the 16 innings pitched over those three games. And while struggling Chicago has managed to win four of Sale's last five starts, the Yankees have dropped four of Kuroda's last five starts.

Kuroda was also paired against Sale in the early August match-up won by the White Sox, 3-2. Kuroda wasn't bad, but Sale was better. And that also has been the trend as of late.

Overall, the White Sox had beaten New York in six straight games prior to Monday, including a three-game sweep in August in their only previous series this season.

There's simply too much working for Sale lately and not enough for Kuroda here.

I would be shocked if the +125 doesn't shrink as the first pitch draws near, so get to your Bovada account or find out how to get one, because I think oddsmakers are flat out missing on this one. Don't pass up this great opportunity to get a 125% return on the investment!